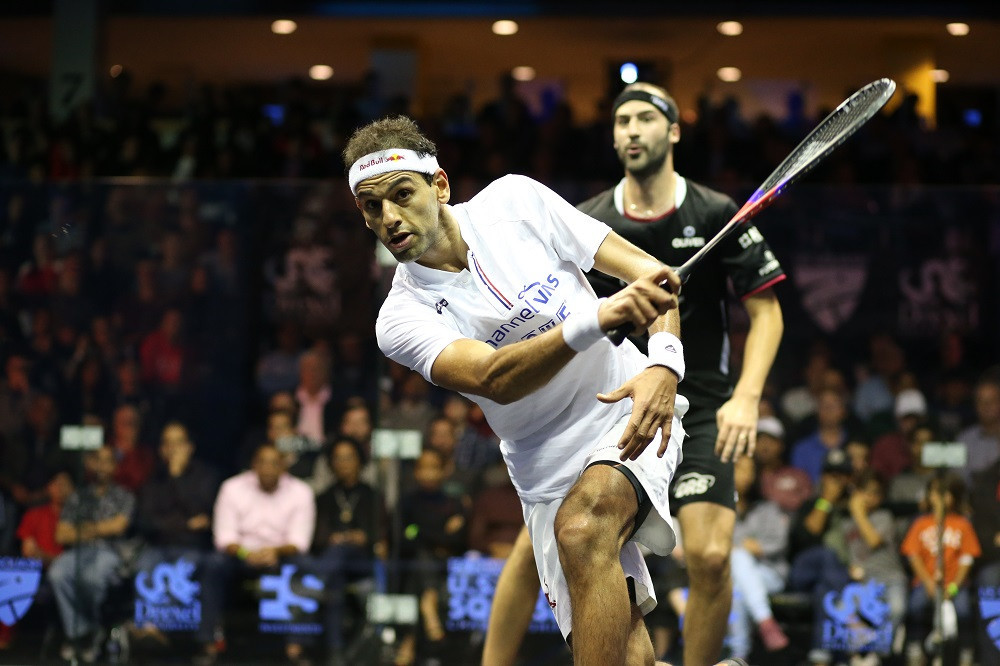 Egypt's Mohamed ElShorbagy and Raneem El Welily will defend their titles against a strong field at next month's Professional Squash Association (PSA) US Open.

The PSA has confirmed the tournament field, the first of eight World Tour Platinum events in the upcoming season.

ElShorbagy could come up against compatriot and world number one Ali Farag, and World Championship runner-up Tarek Momen at the competition in Philadelphia.

El Welily headlines the women's tournament and will aim to retain the title she won last year.

The Egyptian and husband Farag became the first married couple in sporting history to win the same major sports title on the same day, when they triumphed at the 2017 US Open.

Amanda Sobhy, the American number one, will be aiming to use home advantage at the US Open.

The competition runs from October 5 to 12, with matches at Drexel University's Daskalakis Athletic Center and the Racquet Club of Philadelphia.