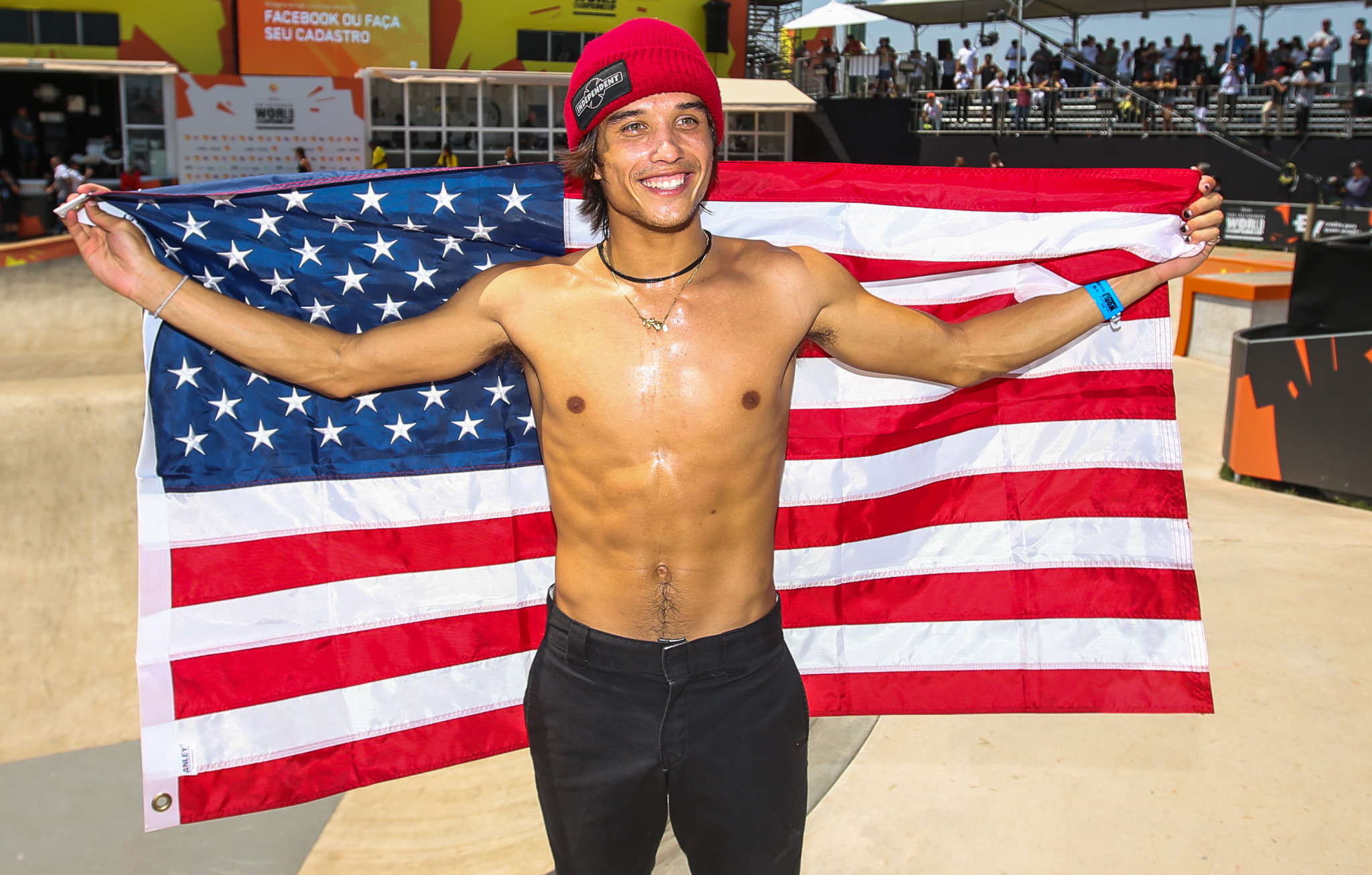 Heimana Reynolds of the United States lived up to his ranking as world number one as he claimed the men's title at the World Skate Park World Championships in São Paulo.

The 21-year-old Hawaii-born skater thus went one better than the world silver he took in Nanjing last year behind Brazil's Pedro Barras.

He strengthened his leadership of the Olympic qualification rankings with a winning score of 88.00 points.

On this occasion the local hero Barras, world-ranked second, could only take sixth place with 84.50.

Two Brazilians joined Reynolds on the podium, however, as Luiz Francisco, world-ranked three, took silver with 85.50 and Pedro Quintas earned bronze, half a point behind.

Reynolds, whose father is a surfer, grew up on the North Shore in Honolulu and attended the Punahou School where former US President Barack Obama is the most honoured of alumni.

Skateboarding will debut at the Tokyo 2020 Olympics next year.