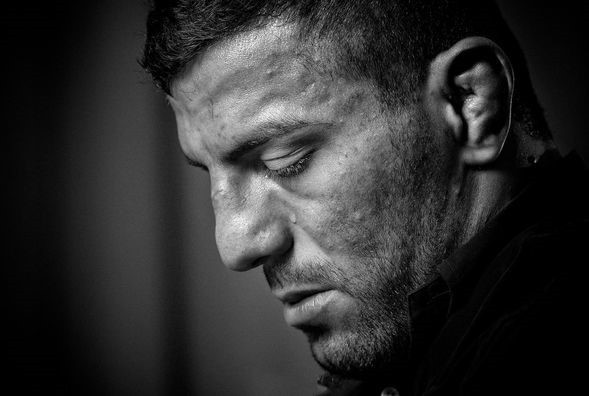 The International Judo Federation (IJF) has announced a protective suspension of the Iran Judo Federation, following pressure applied to judoka Saeid Mollaei at the World Championships to avoid facing an Israeli athlete.

The decision suspends the Iran Judo Federation from all competitions, administrative and social activities organised or authorised by IJF.

The temporary suspension is in place until a final decision by the IJF Disciplinary Commission.

It marks the first time Iran has faced sanctions from a sporting governing body over its stance relating to competition against Israeli athletes.

He potentially could have faced Israeli judoka Sagi Muki in the men's under-81-kilogram event at the World Championships in Tokyo last month.

But before his third-round fight against the Olympic champion, Russian Khasan Khalmurzaev, Mollaei alleged he was called by the Iranian First Deputy Minister of Sport, Davar Zani.

Zani reportedly ordered him to withdraw from the competition to avoid a potential contest between Iran and Israel.

Mollaei also claimed Zani made threats against him and his family.

The Iranian athlete has since revealed he will seek asylum in Germany, with the IJF offering support.

The incident at the World Championships was viewed by the IJF as a "gross contradiction" of a letter sent to the governing body on May 8, signed by the Iranian Olympic Committee President Seyed Reza Salehi Amiri and Iran Judo Federation President Arash Miresmaeili.

The IJF claimed the incident at the World Championships constituted a "serious breach and gross violation of the Statutes of the IJF, its legitimate interests, its principles and objectives as well as of, in particular, but not limited to, the IJF Code of Ethics and the Olympic Charter."

The IJF explained the breaches to their statutes include the respect of the principle of the universality and political neutrality of the IJF, as well as the rejection of all forms of discrimination.

It was viewed the incident breached IJF Sport and Organisation rules relating to match fixing and competition manipulation.

The IJF Disciplinary Commission claim they have a "strong reason to believe that the Iran Judo Federation will continue or repeatedly engage in misconduct or commit any other offence against the legitimate interests, principles or objectives of the IJF".

They noted similar incidents were reported in the past.

"During the 2004 Olympic Games the actual President of the Iran Judo Federation, Mr. Arash Miresmaeili, has been instructed by the Iranian authorities to withdraw from competing to avoid a potential contest against an Israeli athlete," the IJF said.

The Iran Judo Federation can appeal the protective suspension to the Court of Arbitration for Sport within 21 days.

Earlier this month, Iran NOC President Amiri claimed Mollaei would be greeted "like a champion" if he returned to the country, despite the judoka revealing he had been threatened.

Amiri also claimed he sent four letters of complaint to the International Olympic Committee over the conduct of the IJF and its President Marius Vizer.