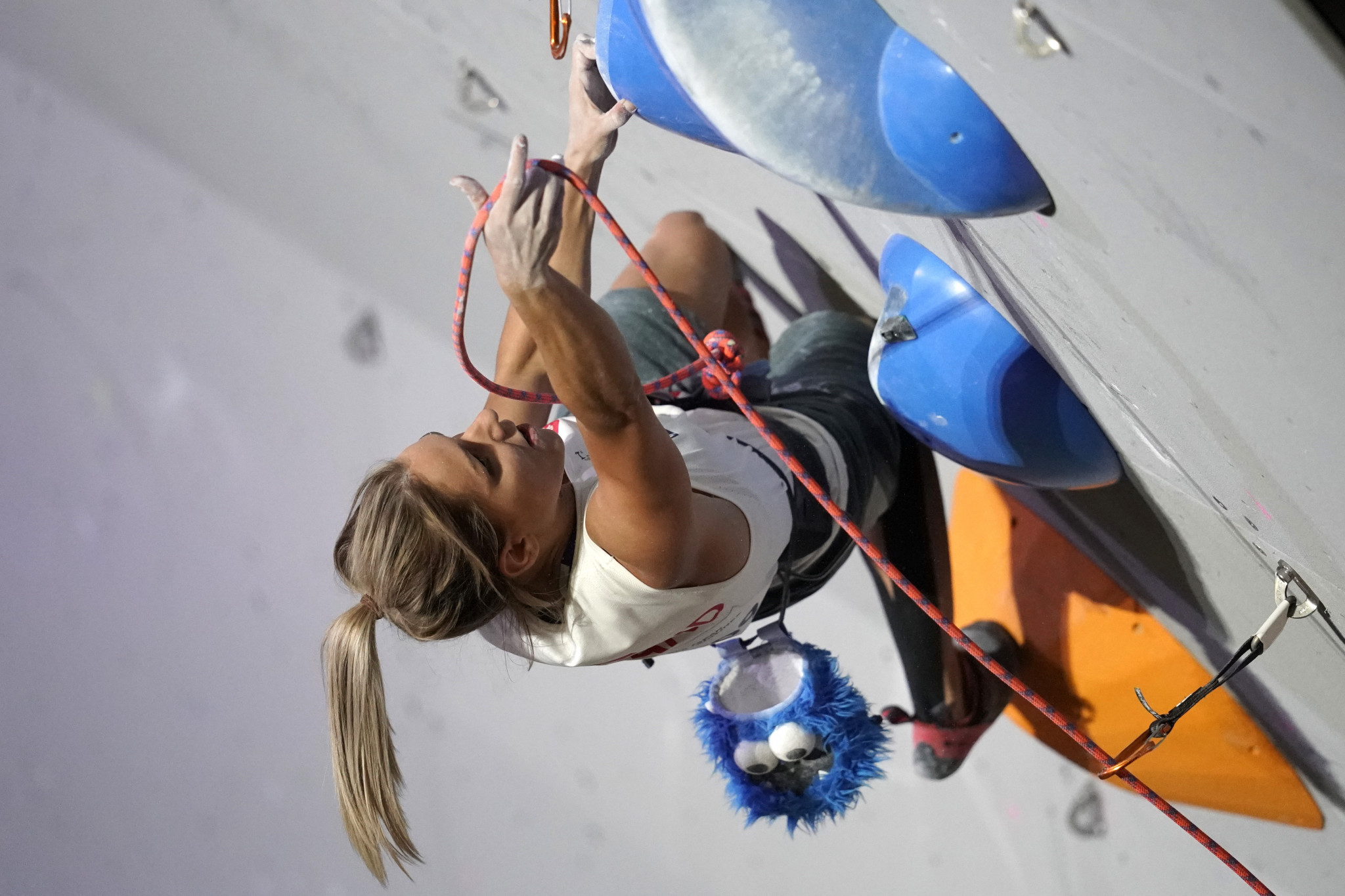 The Polish climber won World Championship gold in Hachioji in August, and was the best of the field at Edinburgh International Climbing Arena (EICA).

Against Russian rival Mariia Krasavina, Miroslaw showed nerves of steel and claimed a first European title, as Krasavina missed a step in the gold-medal final.

Miroslaw clocked 7.338sec to become European champion, while Krasavina had to settle for second place in 8.042.

She raced up the wall in 7.635 as Poland's Aleksandra Kalucka was edged into fourth position, clocking 7.769.

Vladislav Deulin of Russia won the men's title in 5.909, as Ukrainian Danyil Boldyrev stumbled up halfway up the wall.

Boldyrev trailled almost a second behind, taking the silver medal in 6.885.

In the bronze medal final, Dimitrii Timofeev earned his place on the medal rostrum with a 5.830 run to the summit.

Czech Republic's Jan Kriz was not far behind, but finished outside the medals in 6.225.

Tomorrow, EICA host the lead competition, with semi-finals and finals on the schedule.