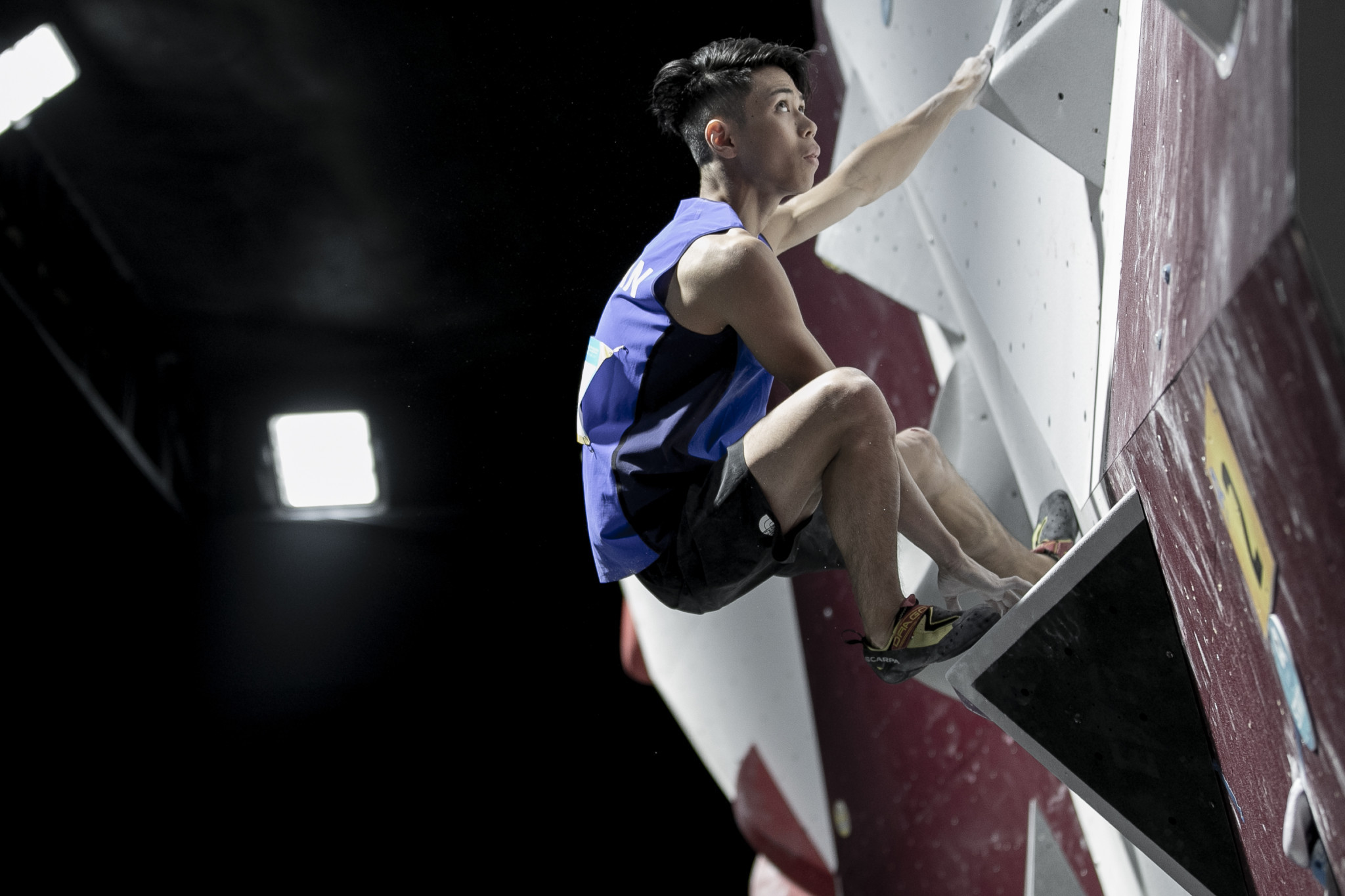 Japan’s young rising stars of sport climbing, Kai Harada and Miho Nonaka, took another deft step towards the golden prospect of the Tokyo 2020  - where their sport will make its Olympic debut - as they respectively won the men’s and women’s bouldering titles at the Association of National Olympic Committees World Beach Games here.

Harada, 20, who was a surprise winner of last year’s world title, reached the top in three of the four final boulder tasks the field of six men were set, with his more experienced colleague Keita Watabe taking silver with two tops reached.

Nonaka, 22, winner of the International Federation of Sport Climbing’s Bouldering World Cup title last year, was the only one of the six women finalists to top in all four of the ingeniously configured routes set up under floodlights on a fiendishly faceted wall which included numerous overhangs.

Silver went to the 2016 bouldering world champion, Switzerland’s Petra Klingler, who managed to top in three of the four tests, with bronze going to Slovenia’s Urška Repušič, who topped once and reached the intermediate zone on all four occasions.

Despite doing enough to earn gold Harada was, according to his translator, not happy to have missed the fourth and final top.

He nevertheless said that the win would give him "more confidence" for Tokyo 2020.

He added: "I am very happy about the increased interest in climbing in Japan now that it is to be in the Tokyo Games."

Nonaka, whose English was fluent, responded with disconcerting honesty when asked about her hopes of success in sport climbing next year at her home Olympic Games, where the competition - to the dismay of many climbers - will be formed from a combination of lead, bouldering and speed climbling.

Few climbers cover all these categories, and in response one likened the Tokyo 2020 task to a middle-distance runner being told they also have to compete in the sprint.

Nonaka also seemed less than enthralled by the way sport climbing’s Olympic debut had been set up.

"I have no confidence," she told insidethegames.

In order to qualify for Tokyo 2020, Nonaka first has to do well enough in the Japanese competition staged next year across all three Olympic disciplines.

So did that mean she will, like others, be working hard on her speed climbing in interim?

"I have my own speed wall," Nonaka said with a smile.

While Klingler won the world title in bouldering three years ago, she has a huge range, taking in lead climbing and also, more unusually, speed climbing.

But the idea that she will have a big advantage going into Tokyo - where, controversially, climbers will be expected to do a previously unknown combination of all three, is something with which she does not necessarily agree.

"It is a positive and a negative," she said.

"Although I have experience, I have got used to doing the same solutions in speed climbing.

"And so it is harder for me to adapt to the new challenges."

On the subject of Nonaka she was generous in her praise.

"Miho is a huge motivation to me," she said.

"We are very different climbers, and there is always something to learn from the way she approaches challenges.

Klingler added: "It's been a great experience to be here with all the Swiss team and to be able to support all the other athletes.

"I've had support too - the beach soccer players came to see my semi-final.

"It has been a very good preparation for next year's Tokyo Games.

"It's really exciting for sport climbing to be there for the first time."