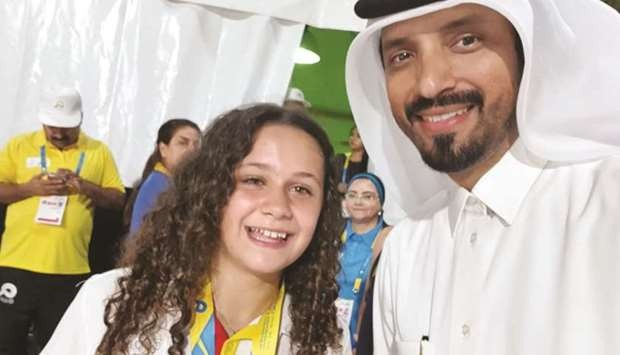 The man who built Doha's skatepark believes the competition at the Association of National Olympic Committees (ANOC) World Beach Games could be the touch paper for a Qatari revolution in the sport.

It added to the excitement for a sport already looking forward to its debut on the Olympic programme at Tokyo 2020.

"A lot of those watching here have been inspired and most of them are actually doing it," Farhan Al Sayed, the founder of Qatar Extreme Sports and the patron of the skatepark, told insidethegames.

"We have a lot of parks now and in every park they have a skate park included.

"That is great news for us.

"We have struggled to have skate parks included in the past.

"It is a cool sport.

"We want to help the youngsters to get into extreme sports like this - we want them to understand the safety aspect of the sport.

"We want them to have a healthy lifestyle.

"We are all globally in a gadget world and we want to encourage kids to take up a sport to burn their energy in a better way than sitting in front of computers and mobile phones.

"Not only kids - I think we are all addicted."

The Aspire Park was built for the 2006 Asian Games but the skatepark was only added less than four months ago for these ANOC World Beach Games.

"People were rollerblading but not really in a great way.

"This is a dream come true for us - we never imagined to have a park of this high standard.

"We are not naturally skateboarders.

"Every kid here, his dream was to play football.

"I started supporting youngsters, anyone on any wheel, that was the idea behind it and a lot of skateboarders are starting to do it.

"It is picking up this sport in Qatar."’

But do not expect Arab translations of "backside disaster", "Nose Grind" and ‘"Blunt Fakie", some of the skater speak used to describe tricks on the run.

"We are still using the English, we don't have it in Arabic because the terms are in English and we prefer them in English," Al Sayed said.