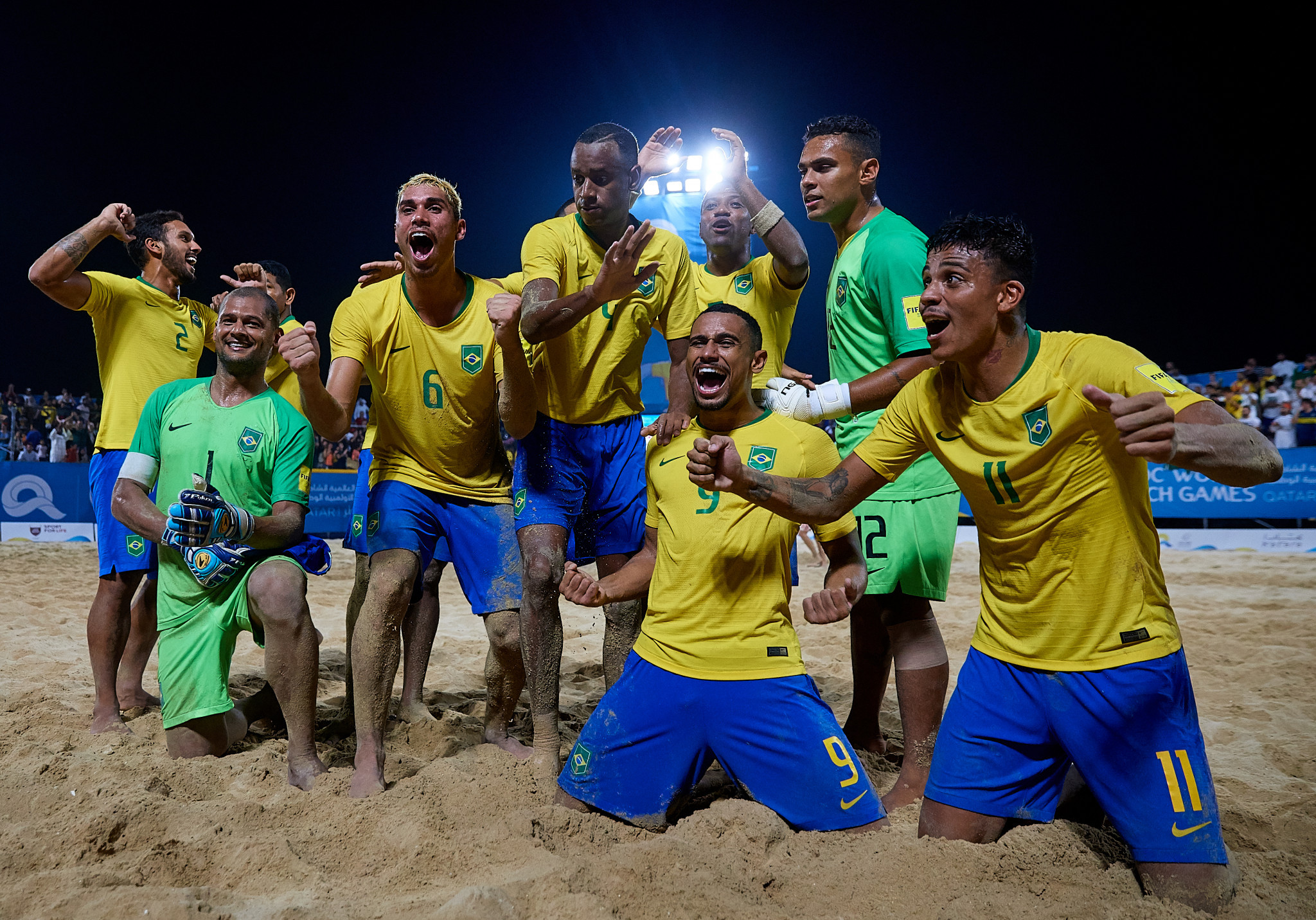 They gave a wonderful exhibition to beat Russia 9-3 in the beach soccer final.

Mauricinho scored a hat-trick which included two long distance efforts that would have graced any Brazilian performance on any surface.

"'It is an honour to be here in such a great event and to be able to play this sport that I love," he told insidethegames.

"I feel really honoured to wear the jersey and to play for Brazil.

"I could not be happier."

The Brazilians even took their samba onto the podium as fans roared their delight.

"It’s very embarrassing to lose to such a big score, especially after we won our last game," Russia’s Anton Shkarin said.

"But I have to congratulate Brazil because they played much better soccer today."

The Iranians beat Italy 3-1 in a penalty shoot-out after the match had finished 5-5 to claim the bronze medal.

The women’s gold medal match was a much closer encounter.

Although Great Britain led early on through Molly Clark, two long range efforts in quick succession by Lorena del Carmen Asensio put Spain in control and they won 3-2, although the British went close to scoring late on.

"For me to score the two goals to win the gold medal for Spain is the most important thing I have done in my life,"  Del Carmen Asensio told insidethegames.

"The ball came to me, I just saw the chance to score and went for it.

"It is very important to win because we worked very hard in women's football.

"In the summer there are many tournaments so this is a reward for that.

"I will celebrate with everybody when I return home, but can also celebrate here because my mum and dad and sister Patricia all came out to watch me.’’

Britain's captain Sarah Kempson told insidethegames: "You’ve got the two best teams in the world competing on the biggest stage.

"I'm super proud of both our team and the Spanish team today for putting on a show.

"That is what beach soccer is about."