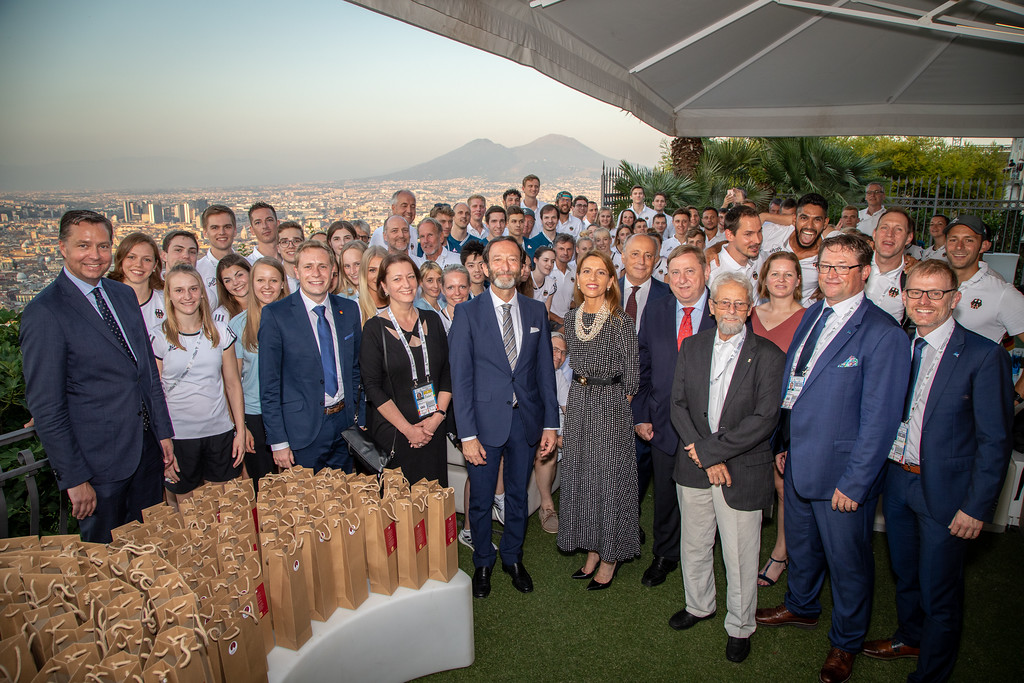 Strong planning for transport and accommodation were among the lessons learned by German officials from the this year's Summer Universiade in Naples with a view to hosting the 2025 event, it has been revealed.

This allowed Hungary’s capital Budapest to come back into the race.

Jörg Förster, chairman of the adh Board, claimed the organisation has learned from attending the Summer Universiade in Naples as they develop their plans.

Transport, accommodation and other logistical plans were highlighted as key areas.

"Targeted public relations work and strong cooperation with the regional sport system should ensure that the grandstands are fully crowded," Förster said.

"A Universiade in Germany must also serve as an incubator, a pioneer in developing innovative concepts in sustainability and environmental consciousness."

Förster claimed last month a bid could correlate with an Olympic bid by Germany.

Förster confirmed that adh was in intensive exchange with the Rhine-Ruhr City Olympic initiative, which is preparing an application for the 2032 Summer Olympic and Paralympic Games.

He has predicted hosting the Summer Universiade could prove to the German public a major sporting event could have a positive impact on the local sports system and region.

"Thus it is free from negative associations and has special values that be presented to the public, to achieve stronger support and promotion for university sport throughout Germany in the long term."

A final decision about the host nation is due to be made by FISU after next year's Olympic Games in Tokyo.

Germany sent a 124-member delegation to the Summer Universiade in Naples.

They finished 24th on the final medals table.

Germany won a total of 18 medals - one gold, nine silver and eight bronze.

"The delegation had a remarkable team spirit," Förster said.

"Athletes who had already finished their own competitions, travelled long distances to support each other."