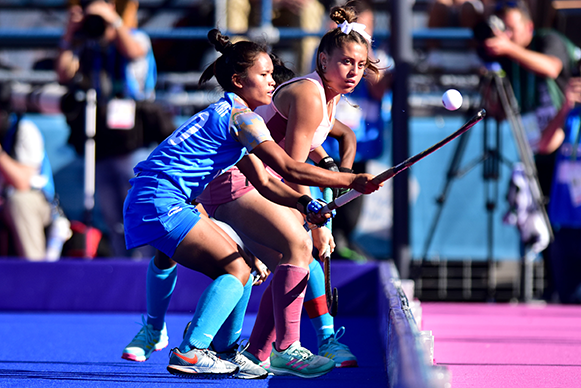 The first Hockey 5s World Cup is set to be held in 2023 after the International Hockey Federation (FIH) approved the creation of the tournament at its Executive Board meeting in Lausanne.

In a statement, the FIH said the inaugural edition would feature 16 teams per gender and continental events will be organised to act as qualifiers.

The decision from the Executive Board marks the latest development for an increasingly popular format of the sport, played on a smaller pitch and which has featured at the last two Summer Youth Olympic Games.

The rapid growth of the discipline following work carried out by the FIH sparked suggestions it could replace the traditional 11-a-side version held at the Olympic Games.

This was denied by FIH chief executive Thierry Weil, who said the worldwide governing body had received assurances from the International Olympic Committee that the 11-a-side format's place at the Games was not under threat.

The Executive Board also confirmed an Intercontinental Cup, which will act as a second tier to the Pro league, will be launched in 2021.

The tournament will be held for the highest-ranked teams who are not playing in the Pro League, the home and away competition which concluded its inaugural season in June.

It will offer promotion to the Pro League as the winning side will take the place of the bottom team in the top-tier event from 2022.

Eight teams will compete per gender and the event will be held annually, mirroring the format of the Pro League.

The FIH said the 2020 Pro League will have a new match schedule designed to "reduce the travel of the teams by half, therefore decreasing costs for teams, benefitting athletes’ welfare and reducing the impact on the environment".

A Grand Final was held to determine the first men's and women's winners of the Pro League but that has been scrapped from next year.