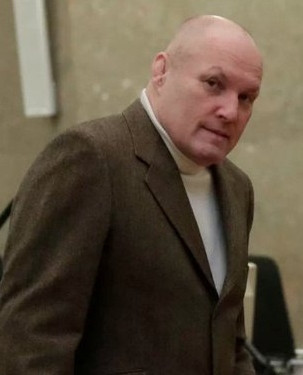 Austria's two-time Olympic judo champion Peter Seisenbacher has been sentenced to five years in prison after being found guilty of sexually abusing two young girls he once coached.

A Vienna regional court convicted Seisenbacher of the crimes, which took place in the Austrian capital between 1999 and 2004.

The women had filed charges against their former coach in 2013.

Seisenbacher had been accused of abusing one of the two girls from the age of nine, according to the Austrian public prosecutor's office.

The second girl was 13 when the abuse allegedly began.

A third woman alleged Seisenbacher, 59, tried to sexually abuse her at a holiday camp when she was 16.

Seisenbacher has always denied wrongdoing and claimed the women made up their stories.

Seisenbacher is expected to appeal.

Austrian Press Agency reported that Seisenbacher had earlier claimed victims knew each other "very well" and "they often had the chance to meet for long periods of time for an exchange".

Seisenbacher won the Olympic gold medal in the under-89 kilograms at Los Angeles in 1984 and defended his title four years later in Seoul.

An international warrant for his arrest was issued in December 2016 when he failed to appear at a court hearing in Vienna.

He was eventually tracked to Ukraine after seven months on the run, before being handed over to Austrian prosecutors in September 2017.

Seisenbacher was handed over to the Austrian authorities in September 2019.

The maximum sentence for the crime was 10 years, but the judge halved the length of time Seisenbacher will have to spend in prison due to the fact no new offences have been committed in the last 15 years.