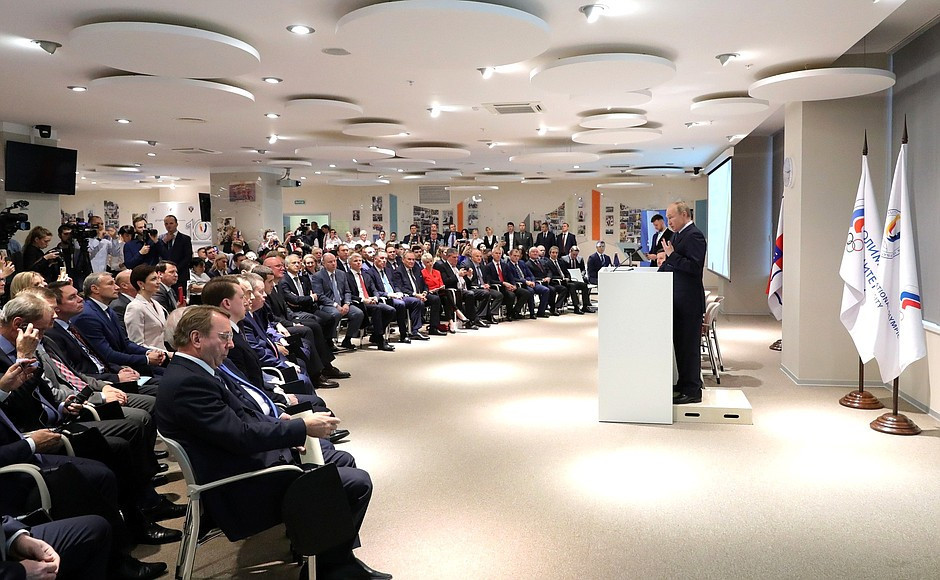 Vladimir Putin was among those to mark the 10th anniversary of the Russian International Olympic University (RIOU).

The Russian President met with Paralympic athletes from the country during his visit, which coincided with the International Day of Persons with Disabilities.

Putin, the head of the Moscow-based university's Board of Trustees, was taken on a tour which included the OVAL (Olympic Virtual Athletic Land) interactive information and education centre.

He was shown 3D simulators for sports, including bobsleigh and biathlon and an interactive book on Olympic history.

RIOU was established in 2009 as part of an agreement with the Organising Committee of Russia's Sochi 2014 Winter Olympics.

It is considered a legacy of those Games and is the world's first university dedicated to sport business education.

Programmes "infused with Olympic values and experiences" are offered, with the aim of training people for roles in sports governance.

Students from 63 countries currently study there.

Others to join the anniversary celebrations included Russian Olympic Committee President Stanislav Pozdnyakov, who told the country's state news agency TASS that the university will become the "flagship of sports education".

Lev Belousov, the rector of the RIOU, was involved in the opening of a time capsule.

"The Russian International Olympic University is designed to become a modern educational and research center of the sports industry, a platform where new ideas and projects will be born," a message inside said.