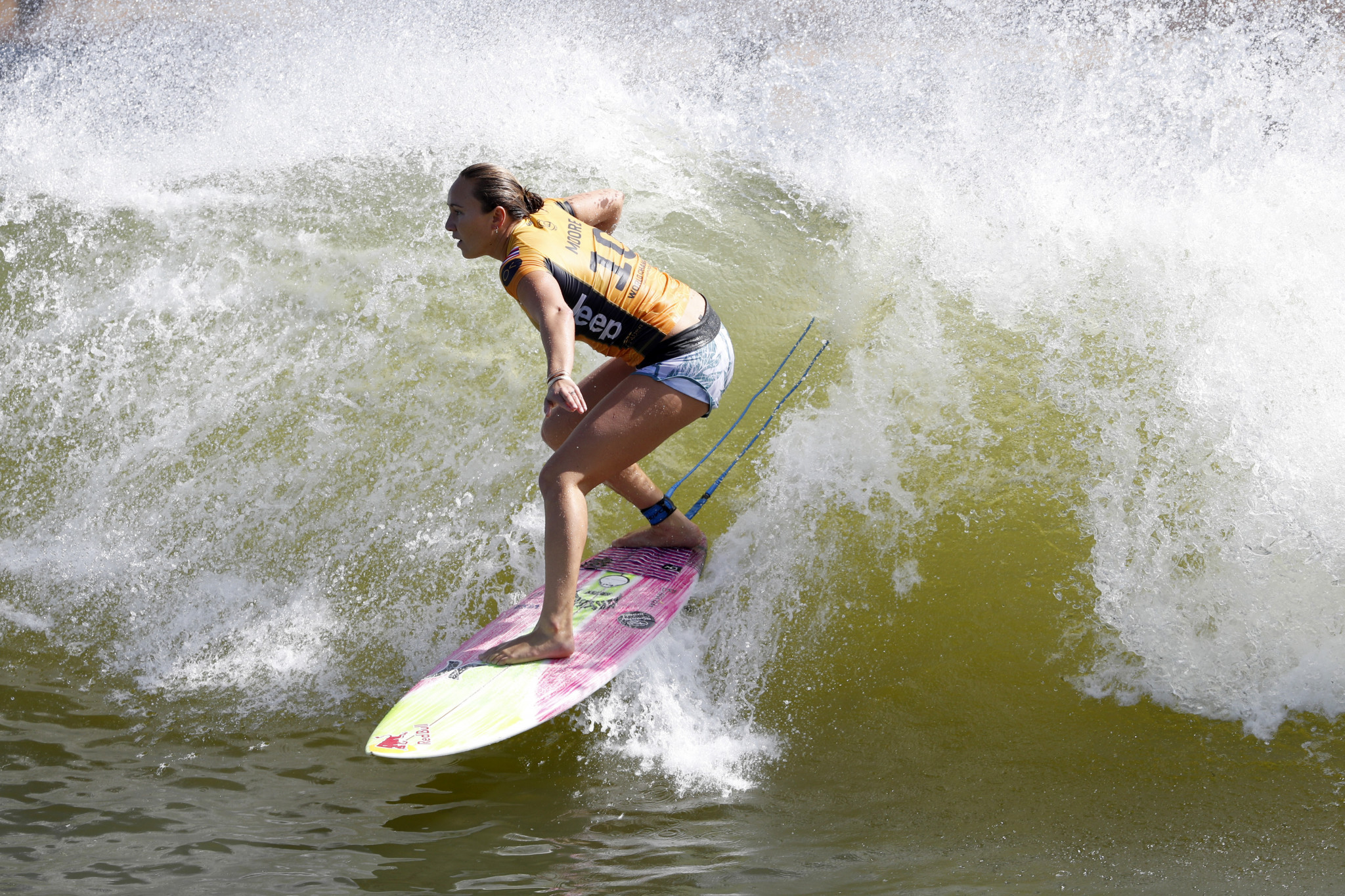 Four-time world champion Carissa Moore has been officially named on the United States surf team for next year's Olympic Games alongside three team-mates.

She is now world number one.

Moore is set to be joined on the American women's team by 17-year-old Caroline Marks, who became the youngest surfer to qualify for the World Surf League Championship Tour at 15-years-old.

The 25-year-old Kolohe Andino features in the men's team, having been the first American surfer to qualify for Tokyo 2020 in October.

Florence booked his spot at Tokyo 2020 despite missing more than half of the season recovering from an anterior cruciate ligament injury.

His success came at the expense of American surfing legend Kelly Slater.

The 47-year-old has a record 11 world titles and needed to win this month's Billabong Pipe Masters in Hawaii to reach Tokyo 2020.

Despite Florence exiting the competition at the quarter-final stage, Slater's semi-final finish was not enough to take his Olympic place.

It will be the first time the four athletes participate in the Games, with surfing making its Olympic debut in the Japanese capital next year.

A group of 20 male and 20 female surfers are set to compete at Shidashita Beach in total.