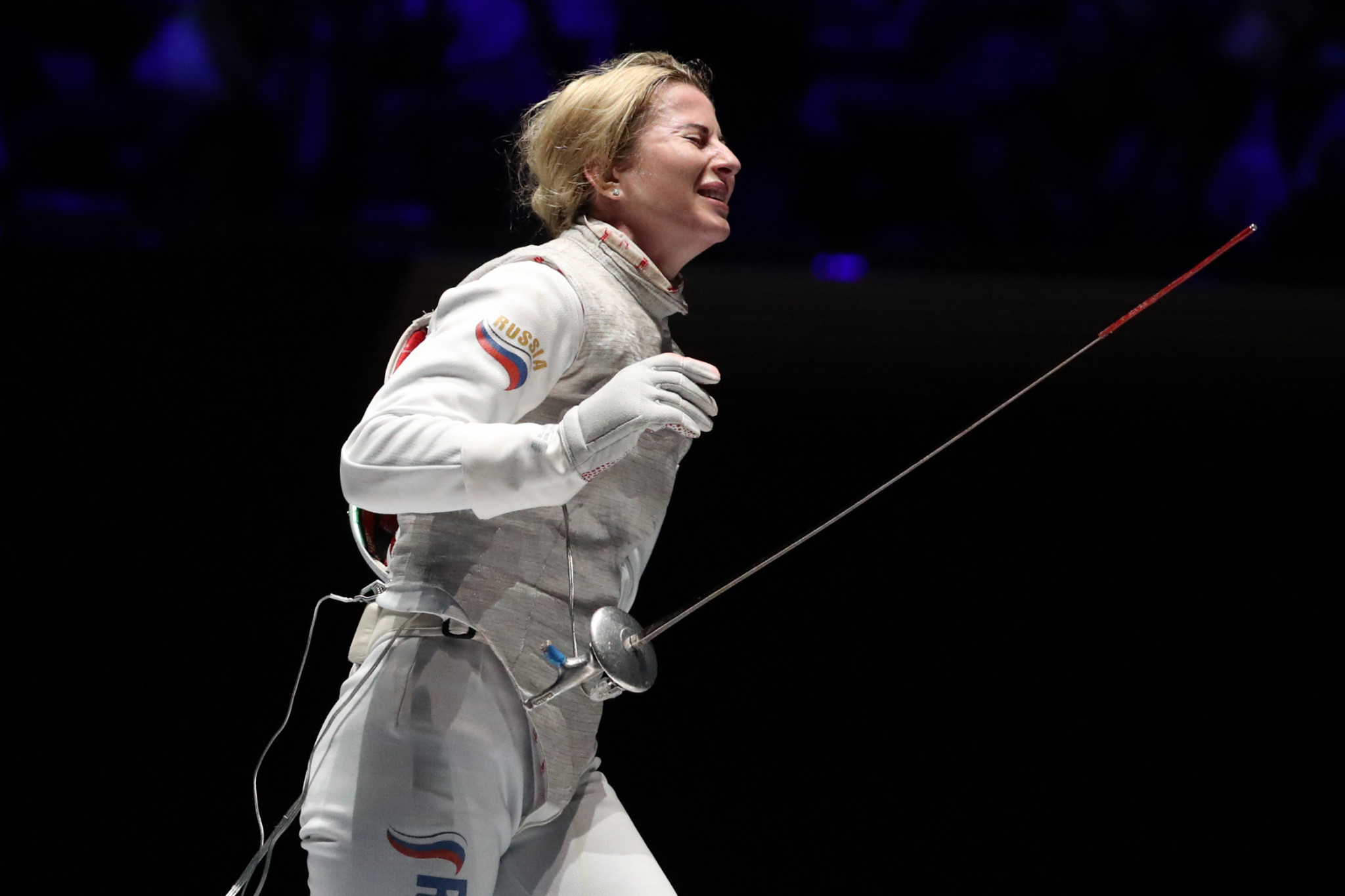 The Russian overcame Camilla Mancini of Italy 15-11 in the final at "Spodek" Hall.

Deriglazova defeated Lee Kiefer of the United States 15-13 in the semi-final, having overcome Martina Batini of Italy 15-10 in the last eight.

Second seed Alice Volpi of Italy crashed out in the round of 64, losing 15-11 to Joo Yeong-ji of South Korea.