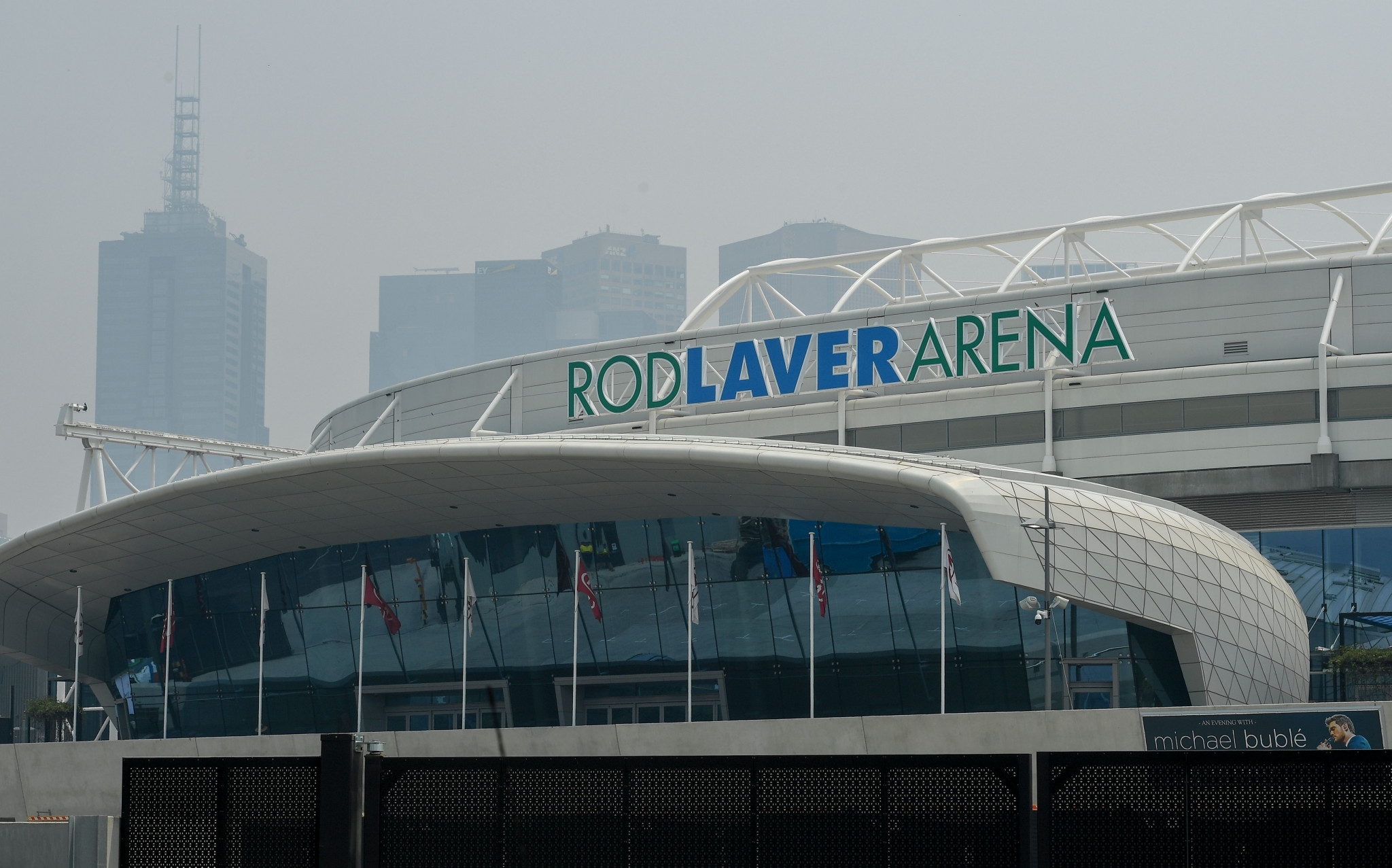 Slovenian tennis player Dalila Jakupović collapsed to her knees on court, as bushfire smoke plagued the qualifying rounds at the Australian Open in Melbourne.

The 28-year-old withdrew from her match against Switzerland's Stefanie Voegele after suffering a coughing fit.

Practice at Melbourne Park had earlier been suspended due to the smoke, caused by the fire crisis that has blazed across huge parts of Australia and left 28 people dead.

Qualifying matches then went ahead as planned, however, albeit an hour later than scheduled at 11am local time.

Today's scenes are sure to cause concern, with the first grand slam of the tennis season due to start with the main draw on Monday (January 20).

Jakupović, the world number 180, was a set up when she retired and took aim at the event's organisers.

Dalila Jakupovic has abandoned her #AusOpen qualifying match after suffering a coughing fit while playing in thick smoke caused by the #AustralianFires. pic.twitter.com/WAJv6TzTjW

"I was surprised, I thought we would not be playing today, but we don't have much choice.

"I was really scared that I would collapse.

"That's why I went onto the floor because I couldn't walk any more.

"I don't have asthma and never had breathing problems - I actually like heat.

"The physio came again and I thought it would be better.

"But the points were a bit longer and I just couldn't breathe any more and I just fell on the floor."

Bouchard added: "I felt like it was tough to breathe and I was a bit nauseous.

"I felt like the conditions got worse as the match went on."

Elsewhere, a match between Russia's former world number one Maria Sharapova and German Laura Siegemund at the Kooyong Classic warm-up event was called off due to smoke.

"We reiterated with the players that we're making a decision based on advice, based on expert advice," he said.

"We're not going to put them in harm's way or make any decision that's going to negatively impact their health and wellbeing.

"We have a track record of that when it comes to extreme heat.

"I think we're one of the few major events that has to manage extreme heat like we do.

"But this is a new experience for all of us, how we manage air quality, and therefore we've got to rely on those experts that advise us on how best to continue."

High temperatures and drought have caused the bushfires, which have destroyed thousands of homes and left millions of animals dead.

Sport has come together to donate money to the cause, with Tennis Australia launching the Aces for Bushfire campaign.