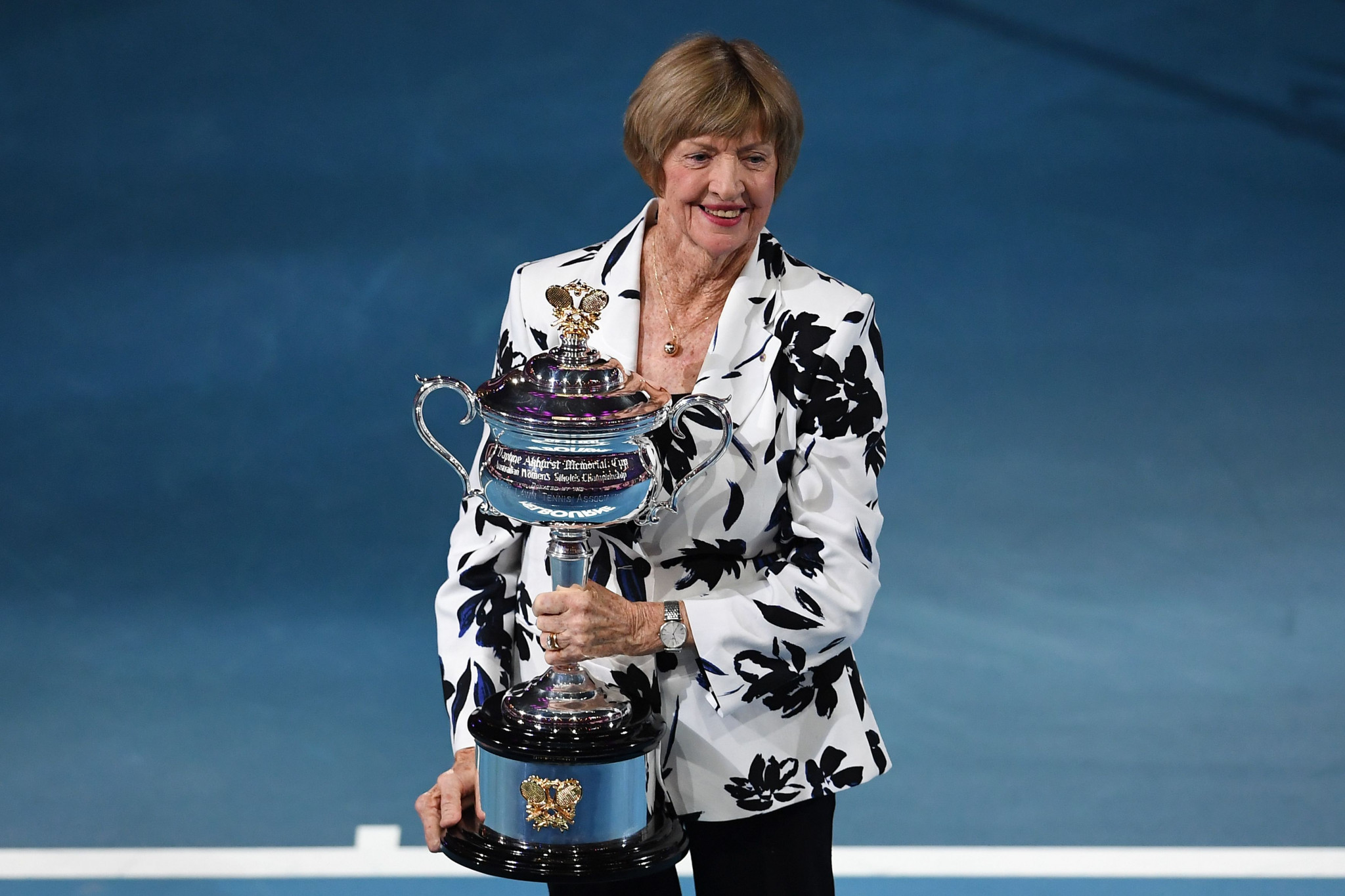 Controversial tennis champion Margaret Court has been presented with a trophy at the Australian Open, to mark the 50-year anniversary of her calendar year Grand Slam.

The 77-year-old won the Australian Open, French Open, Wimbledon and the US Open in 1970 - a feat matched by just two other women.

Her 24 Grand Slam singles titles is the record for both men and women but, despite her success, the Australian has faced regular criticism for her political views.

This includes opposition to same sex marriage and rights for transgender people.

Court was named as a special guest of the 2020 Australian Open, currently taking place at Melbourne Park.

She was presented with her replica trophy by Rod Laver, another Australian tennis great, at the Rod Laver Arena which bears his name.

The crowd is said to have given her a "mixed reaction" and she was not given the opportunity to speak.

Some fans were seen with rainbow flags, the symbol of the LGBTQ (lesbian, gay, bisexual, and transgender) community.

Court, who is now a pastor, claims her views correspond to her Christian beliefs.

In 2017, she caused controversy by saying she would boycott Australian airline QANTAS because of its support for same sex marriage.

She also wrote a letter criticising the birth of Australian tennis player Casey Dellacqua's child in a same sex relationship.

Before the Australian Open, Court asked the media to "stick to tennis".

Organisers Tennis Australia claimed that they were "recognising" and not "celebrating" Court's achievements.

In a statement announcing the arrangements in Melbourne last year, the governing body said: "We respect Margaret's unmatched tennis career and welcome her to the Australian Open, particularly in this milestone anniversary year.

"As often stated, Tennis Australia does not agree with Margaret's personal views, which have demeaned and hurt many in our community over a number of years."

Speaking to Eurosport, he urged Serena Williams, who has one fewer Grand Slam title than Court, to beat her record and described the Australian as a "crazy aunt".

"There's only one thing longer than the list of Margaret Court's tennis achievements, it's her list of offensive and homophobic statements," said the seven-time Grand Slam winner, who is currently playing in the legend's doubles at the Australian Open.

"Serena, do me a favour, get two more Grand Slams this year and get to 25, so we can leave Margaret Court and her offensive views in the past, where they both belong."

Calls have been made for the Margaret Court Arena at Melbourne Park to be renamed.

Court, however, said: "I've had so many people touch me on the shoulder and say 'thank you for being my voice'.

"I teach what the Bible says and get persecuted for it."

Germany's Steffi Graf and American Maureen Connolly are the only other women to have won all of the Grand Slams in the same year.