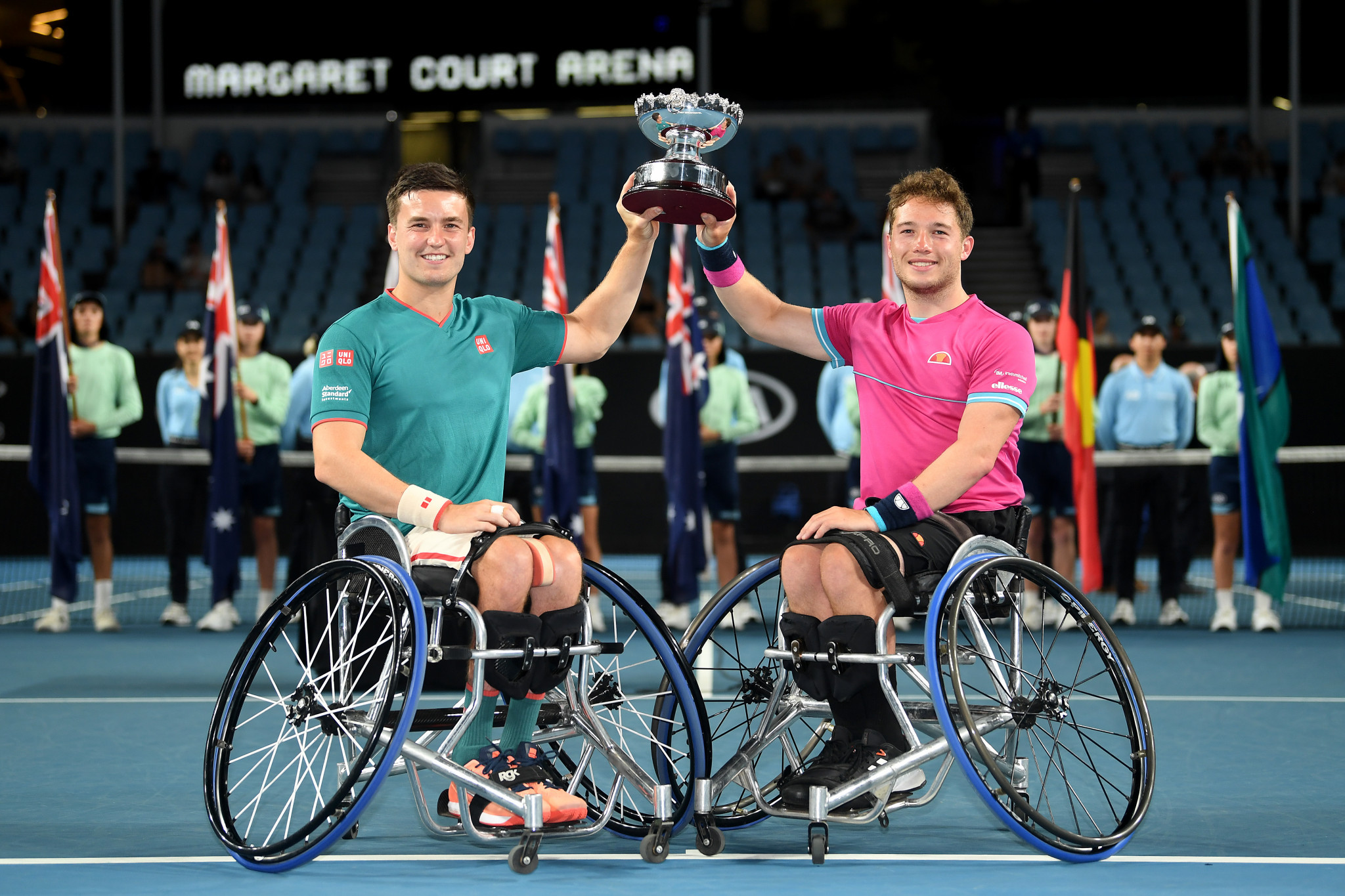 Both number one seeds were defeated in the men's and women's wheelchair doubles finals as British and Japanese players enjoyed success in Melbourne.

The number two seeds lost the first set to the 2018 champions before replying to take the match to a tiebreaker.

The French players had a straightforward progression to the final with a 6-3, 6-4 win over Belgium’s Joachim Gérard and Australia’s Ben Weekes in the semis, while their opponents were taken to a tiebreaker against Gustavo Fernandez of Argentina and Japan’s Shingo Kunieda, winning 7-6, 3-6, (10-5).

There was more British success in the women’s wheelchair doubles final when unseeded Jordanne Whiley and her Japanese partner Yui Kamiji defeated number one seeds Diede de Groot and Aniek van Koot of The Netherlands.

Both pairs made it through to the final in emphatic fashion, with Kamiji and Whiley beating second seeds Sabine Ellerbrock of Germany and South Africa’s Kgothatso Montjane 6-1, 6-4.

In the other semi-final, the Dutch duo won 6-3, 6-3 over compatriot Marjolein Buis and China’s Zhu Zhenzhen.

In the final, it never looked in doubt for the winners as they won in straight sets 6-2, 6-4, giving Kamiji her fifth doubles title in Australia in seven years and Whiley her first since tasting victory with the same team mate in 2015.

In the men’s quad singles, home hero Dylan Alcott made it three wins from three in the round-robin stage after a 6-3, 6-1 defeat of the United States’ David Wagner.

In the other match in the group, Britain’s Andy Lapthorne defeated Australian Heath Davidson 7-6, 3-6 (10-5) to book his place in the final against Alcott, reaching his first Australian Open final in the singles competition.