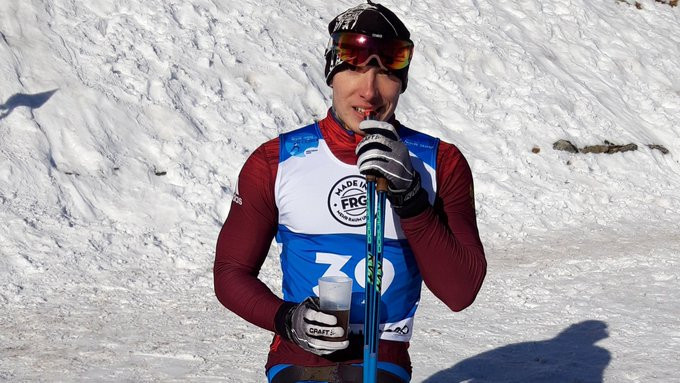 Ivan Golubkov of Russia rounded off a successful Para Nordic Skiing World Cup in Finsterau with a fifth gold medal.

He topped the podium for a fifth time in the men's sitting middle-distance cross-country event at the German resort, winning the race in 24min 42.5sec.

Compatriot Aleksandr Davidovich was third in 26:20.3, while Cristian Westemaier Riber of Brazil finished in between the two in 26:03.5.

Anna Panferova was another to claim a fifth gold medal, with the Russian triumphing in the women's visually impaired race.

There was more success for Russia in the men's standing, with Vladislav Lekomtsev and Aleksandr Pronkov coming second and third in 33:53.8 and 34:32.9 respectively.

Stanislav Chokhlaev earned Russia's fourth gold medal of the day in the men's visually impaired, topping the podium in 34:36.6.

Did you doubt? Anna Panferova wins again in dominant fashion and is on her way to secure overall World Cup win!

Compatriot Oleg Ponomarev finished third in 35:52.2, with Brian McKeever of Canada in between the two in 35:04.4.

Olympic champion Kendall Gretsch was the winner in the women's sitting race in 28:25.3.

Russia's Irina Guliaeva and Natalia Kocherova followed the American, crossing the line in 30:04.0 and 30:29.5.

The women's standing title went to Vilde Nilsen of Norway, who recorded a victorious time of 40:34.8.

Liudmyla Liashenko and Oleksandra Kononova, both of Ukraine, came second and third in 41:05.6 and 42:29.7 respectively.

The World Cup continues in the Swedish resort of Östersund from March 17 to 22.