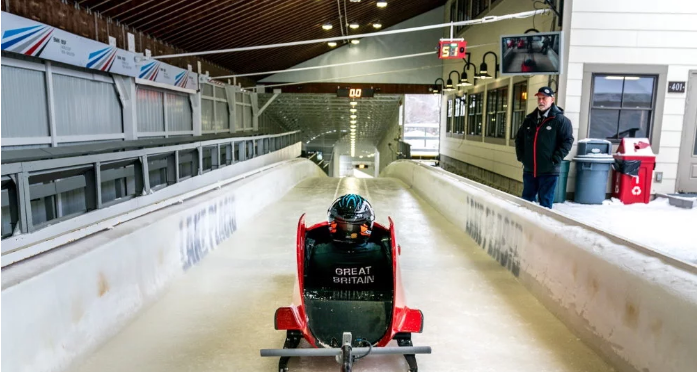 Great Britain’s Corie Mapp has retained his lead in the International Bobsleigh and Skeleton Federation (IBSF) Para Sport World Cup standings, despite failing to secure a podium finish in the latest two races in Lake Placid.

Mapp followed up a fourth place finish yesterday by ranking seventh today in the village in New York.

Having won four of the previous six races, he now sits on 1,662 points.

That gives him a 32 point lead over Canada’s reigning World Cup title holder Lonnie Bissonnette, who ranked second and first in Lake Placid.

Latvia’s Arturs Klots, the 2018 world champion, is a further 97 points behind in third.

The first race in Lake Placid saw Israel’s Dave Nicholls celebrate his and his country’s maiden victory in the IBSF Para Sport World Cup, clocking a time of 2 min 00.05sec.

In the second race, Nicholls, who also competes in two-man bobsleigh, came second behind Bissonnette.

Guillermo Castillo of the United States rounded off the podium in the first race, while Spain’s Israel Blanco finished third in the second race.