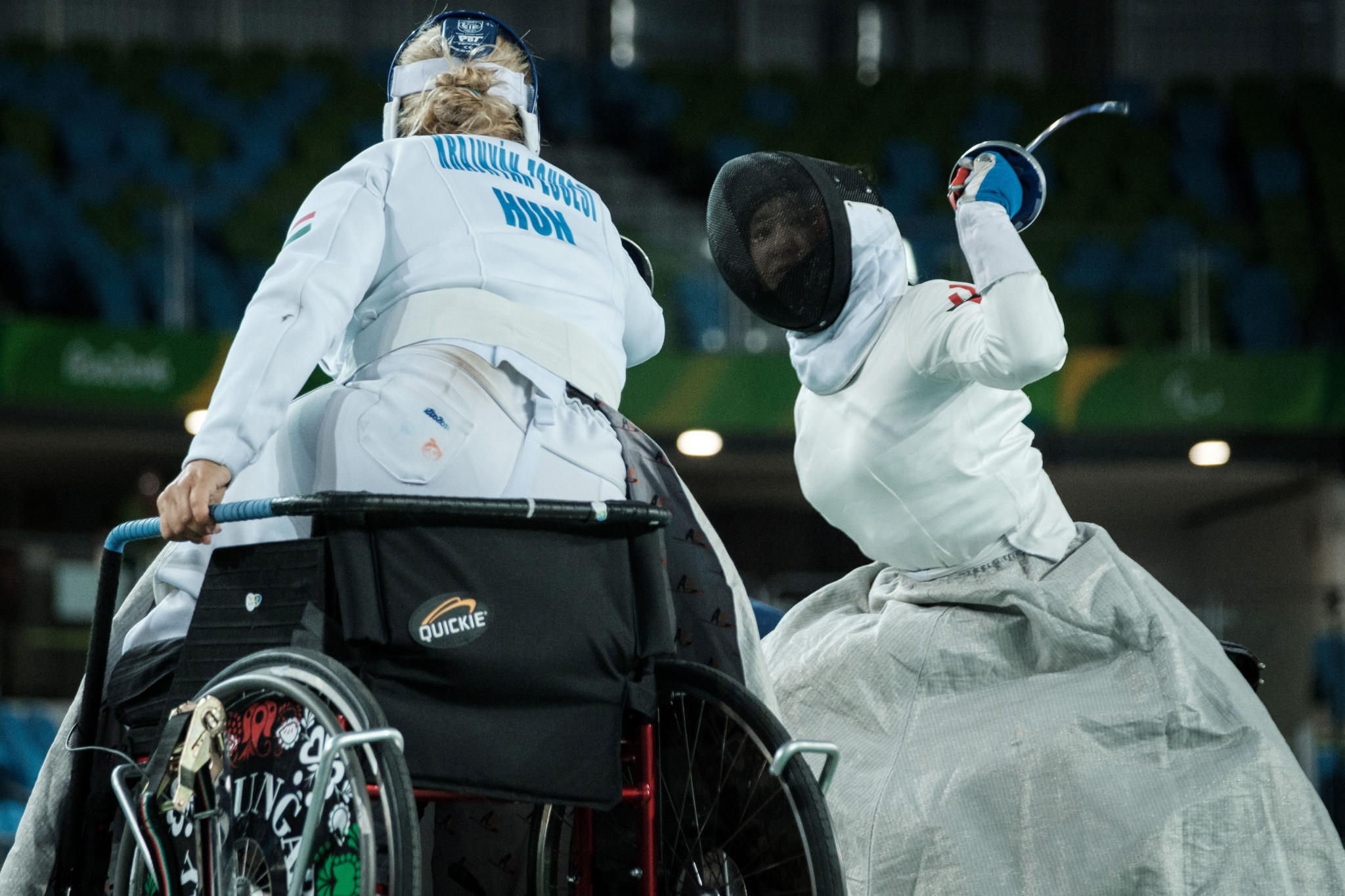 The Hungarian duo will compete at the traditional World Cup event in the city, which will open tomorrow and take place until Sunday (February 16).

It was due to serve as a warm-up to the IWAS World Games which was originally scheduled to take place from February 20 to 28 in Thailand, but has been postponed until April due to the coronavirus outbreak.

Wheelchair fencers in Eger will be looking to earn key qualification points for the Tokyo 2020 Paralympic Games.

Krajnyak will be among the favourites to win gold in the Hungarian city, with the world number one eyeing success in the women’s foil category A competition.

The Hungarian will be building towards the Paralympic Games, with the aim of improving on her bronze medal from Rio 2016.

Her team-mate and European gold medallist Eva Andrea Hajmasi will also be in contention in the division.

Osvath will head into the World Cup event as the top seed in the men’s foil category A competition.

The Hungarian will hope to bounce back after losing his world title last year.

Italy’s Beatrice Vio will also be among the stars competing in Eger, as she makes her season debut.

Vio claimed a third successive world title in the women’s foil category B event last year, while she will target winning a second Paralympic gold at Tokyo 2020.

IWAS say results and live broadcast coverage will be available at the governing body’s new website throughout the event.

Sao Paulo will host the second World Cup of the season in March, with the Wheelchair Fencing Americas Championships then taking place in the Brazilian city.

Wheelchair fencers from Asia will then head to Nakhon Ratchasima for the Asian Championships in April, which is due to be held as part of the rearranged IWAS World Games.

The European Championships will take place at Hatfield in Britain in May.

The final World Cup, which falls outside of the qualification period for Tokyo 2020, will be staged at Warsaw in Poland from July 3 to 6.