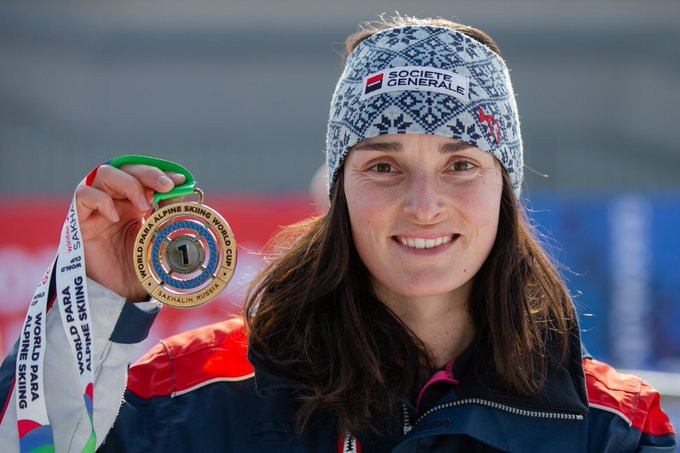 France's Arthur Bauchet and compatriot Marie Bochet each made it a hat-trick of standing wins as downhill competition concluded today at the World Para Alpine Skiing World Cup in Yuzhno-Sakhalinsk in Russia.

In the men's event, Bauchet finished ahead of Austria's Markus Salcher and home favourite Aleksei Bugaev for the third day running.

Bugaev finished 2.18 seconds off the pace in third place.

As was the case on days one and two, Russia's Varvara Voronchikhina was the runner-up and Switzerland's Bigna Schmidt rounded off the women's podium.

Voronchikhina was 1.05 seconds behind, while Schmidt was 7.40 back.

Speed ace Markus Salcher wins his third 🥈🥈🥈 in downhill 💪 and sends a special 💕 Valentine's Day message too ... in Russian 😍!

Slovakia's Miroslav Haraus and Maros Hudik, the winners on day one, were 0.41 seconds behind in the silver-medal position.

Russia's Ivan Frantsev and German Agranovskii had to settle for the bronze medal for the third successive day, ending up 1.48 seconds back.

Equipment failure and bruised ribs did not stop the United States' Andrew Kurka from claiming the men's sitting title.

In the women's sitting event, sole competitor Laurie Stephens of the US won her third gold medal in 1:21.82.

The skiers will next compete in two super-G races, which are due to take place on Sunday and Monday (February 16 and 17).