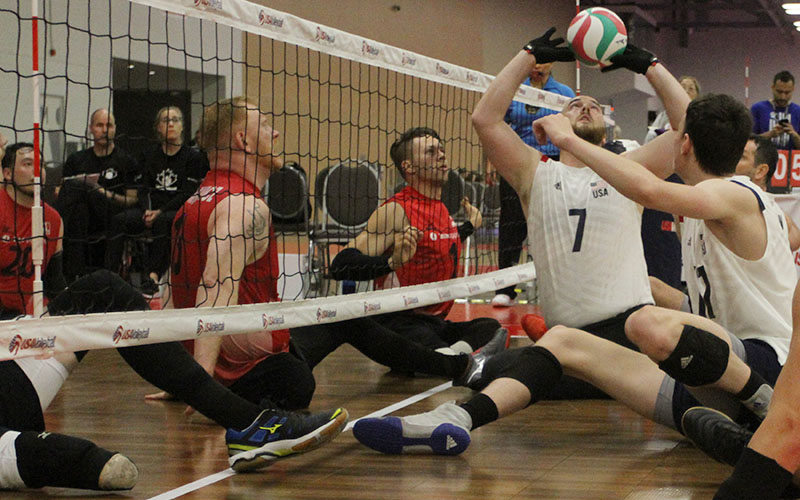 United States will host the event between March 16 and 21 at their training headquarters at Edmond in Oklahoma.

Canada, Croatia, Germany, Kazakhstan, Latvia and Ukraine complete the field for the competition.

Ukraine will head into the event as favourites to secure the final berth at Tokyo 2020, with the Europeans lying fifth in the world rankings.

The Ukrainian team have been drawn into Pool B with Germany, Croatia and Latvia.

The US team, who are seventh in the world rankings, will face Kazakhstan and Canada in Pool A.

Pool matches will take place from March 16 to 18, with a rest day following.

Semi-finals are scheduled for March 20, with the group winners facing the runners-up from the other pool.

Medal and classification matches will complete the tournament on March 21.

The gold medallists will secure their place in the eight-team Tokyo 2020 Paralympic tournament.

They will join hosts Japan and reigning Paralympic champions Iran at the Paralympics.

Bosnia and Herzegovina, China, Russia, Brazil and Egypt have also qualified for the Games.

The Women’s Final Paralympic Qualification Tournament will take place from February 25 to 29 at Halifax in Canada.

Canada face Finland, Germany, Slovenia and Ukraine at the tournament.

The winners will seal the eighth and final place in the women's sitting volleyball competition at the Games.

They will join Russia, the United States, China, Italy, Brazil, Rwanda and Japan.