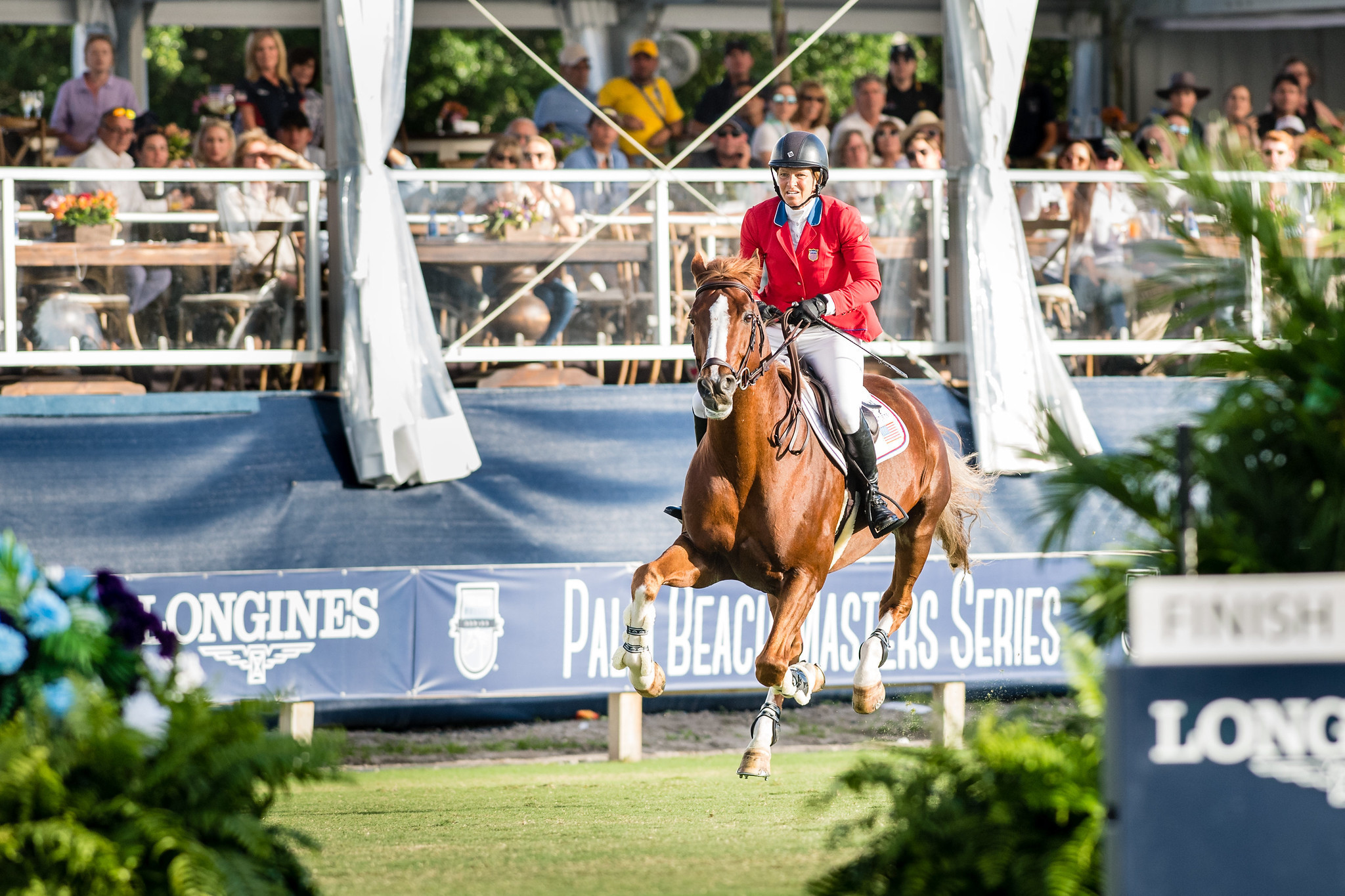 The United States won the opening leg of the International Equestrian Federation (FEI) Jumping Nations Cup despite a close challenge from Britain in their home event at Deeridge Farms in Wellington in Florida.

Madden set the pace against the clock with a great run from her 12-year-old horse Darry Lou who crossed the line in 33.11sec.

Thornton and the experienced 14-year-old Cornetto K also put in a perfect run, but crossing the line in 36.34 was short of Madden’s winning time.

"He does love to gallop!" Madden said of Darry Lou.

"He’s actually really super to ride, he’s not delicate so you can wind him up a bit and let him off and he rises to the occasion - he’s a lot of fun to ride."

Eight teams were in action on the day, but as it was the first leg of the North and Central America and Caribbean League series, only three nations were eligible for qualification points, with two of those countries qualifying for the FEI Jumping Nations Cup Final in Barcelona in Spain.

The hosts picked up the maximum 100 points ahead of Mexico on 80 and Canada took fourth overall with 60 points.

The Irish team looked solid in the first round, sharing the lead with Britain with only four faults, but collapsed with 16 faults on the second run, dropping them down the order.

The next event on the Nations Cup calendar, the Middle East Qualifier, will take place in Abu Dhabi in the United Arab Emirates on February 26 to 29.