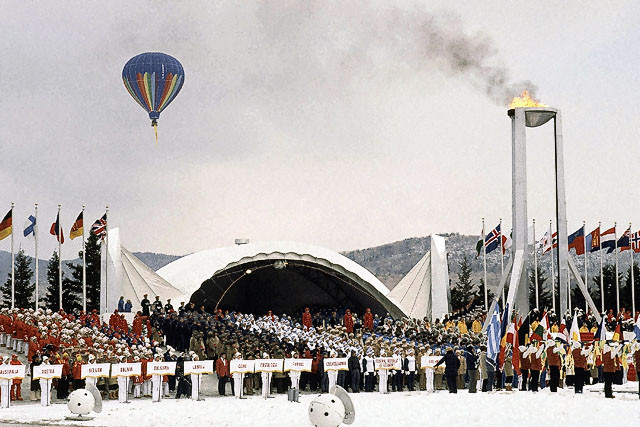 A new exhibition has been opened in Lake Placid to celebrate the 40th anniversary of the village organising the 1980 Winter Olympic Games.

Entitled "Totally 80" it has been organised by the Olympic Museum in Lake Placid, nestled in the Adirondack Mountains and home to a population of just 2,600 people, and which also organised the Winter Games in 1932.

The exhibit is highlighted by local artist and designer Robert Whitney’s graphics and photographs from the Games 40 years ago which took place between February 13 and 24.

Artifacts from the Museum’s collection and references to 1980 popular culture are also part of the exhibit.

It, of course, also features a full display and video on the famous 'Miracle on Ice' at the 1980 ice hockey tournament.

Several other celebrations are also planned for Lake Placid, which is due to host the 2023 Winter World University Games, to commemorate its place as one of only three resort towns to host two Winter Olympiads along with St Moritz in Switzerland, and Innsbruck in Austria.

"You know, Willie Wonka said it best: we are the makers of dreams, the dreamers of dreams." -Herb Brooks
Dream on kids, the future is yours. The Olympic legacy continues in #LakePlacid. #OlympicLegacyLP #Adirondacks #AdksUSA #hockey #USA #LakePlacidADK pic.twitter.com/OlWbnoChdm

"We've been around a long time.

"We're so lucky to be in a community that has so many people that care."

He died at 91 after a car crash on the eve of the 2002 Salt Lake City Winter Games, where his grandson Jimmy had qualified in skeleton to make the Sheas the first family with three generations of Olympians.

"My dad, I know he would be proud," said Jim, who competed in Nordic combined at Innsbruck in 1964 and watched his son win the gold medal at Salt Lake City 2002.

"He was so proud of his involvement in the Olympics for all those years.

"He always had this community pride and he wasn't embarrassed to tell anybody about it.”