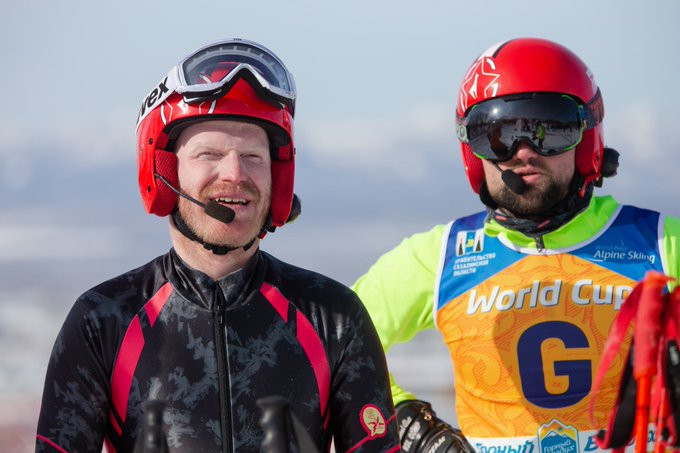 Iuliia Mosova and guide Denis Perevozchikov made the home nation's anthem heard at the event for the first time after winning the women's visually impaired race.

As the sole competitor, she clocked a time of 1min 50.23sec.

There was also success for Russia in the men's visually impaired race, which saw Ivan Frantsev and German Agranovskii beat Italy's Giacomo Bertagnolli and guide Andrea Ravelli to victory by a slender margin of 0.09sec with a time of 1:10.87.

Among today's other gold medallists was France's Marie Bochet, who recorded her fifth consecutive win of the event in the women's standing category.

Bochet, who earned a hat-trick of downhill victories and also won yesterday's super-G, prevailed in 1:15.98.

Iuliia Mosova makes the 🇷🇺 anthem heard at #Sakhalin2020 for the first time with a victory in the women's VI super-G 👏. #ParaAlpine #ParaSnowSports pic.twitter.com/BHY8wpPXv7

Russia's Varvara Voronchikhina was the runner-up in 1:16.25 and Switzerland's Bigna Schmidt rounded off the podium in 1:27.96.

Pelit, meanwhile, secured the first World Cup victory of his career in 1:27.22.

The United States' Laurie Stephens was again the sole competitor in the women's sitting event and posted a time of 1:40.15.

Following a rest day tomorrow, action in Yuzhno-Sakhalinsk is due to continue on Wednesday (February 19).