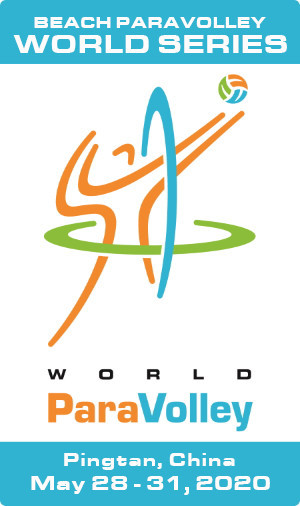 World ParaVolley remains hopeful its Beach World Series event scheduled for Pingtan in China in May will go ahead as planned, despite the coronavirus outbreak.

In a statement, World ParaVolley said it was "closely monitoring the situation and is continuing to negotiate with the Pingtan Local Organising Committee to host the event on the scheduled dates of May 28 to 31".

The worldwide governing body has told its members to start their preparations to compete at the event but urged them not to make any travel arrangements until a decision has been reached with organisers.

Delaying the event to a later date or relocating it elsewhere are among the options which are set to be considered.

"We acknowledge that this is an uncertain time and we understand that many of the members may choose take some precautionary measures not to participate in the event at the moment," World ParaVolley said in a statement.

The outbreak of the virus - which has killed more than 2,000 people, all but six in China - forced World ParaVolley to move a Sitting Volleyball World Cup event from Hangzhou earlier this month.

A host of sports events, including Shanghai's Formula One Grand Prix, the World Indoor Athletics Championships and Olympic qualifiers, have been affected by the coronavirus outbreak - given the official title of COVID-19 by the World Health Organization.

More than 75,000 people have been infected and there are in excess of 1,000 cases outside of mainland China.