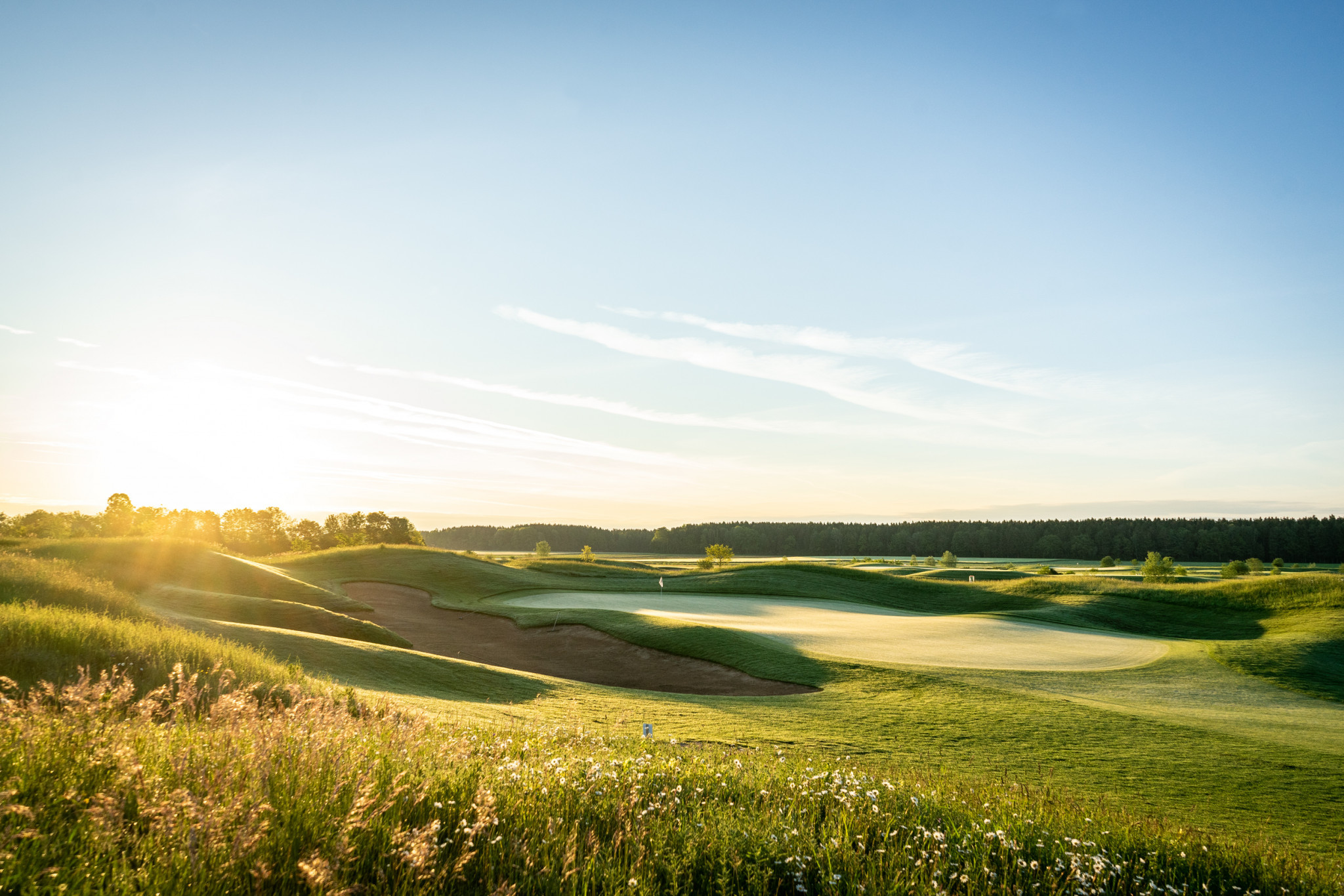 The golf competition at the 2022 edition of the multi-sport European Championships in Munich has been awarded to the Golf Club Valley course.

Organisers have opted for the venue near Holzkirchen after ruling out Golfpark Gut Häusern and Golfclub München Eichenried.

Around 120 golfers are expected over four days of play, with the course set amid an Alpine backdrop.

"The choice was not easy, because Gut Häuser and Eichenried were of course strong competitors," said Marion Schöne, the managing director of Munich Olympic's Park, where most of the sport at the Championships will take place.

"But in the end Golf Valley had the best overall package.

"The facility is also exemplary in terms of sustainability and environmental protection."

Munich was named as the second host of the European Championships in November.

It follows the inaugural event which was shared by Scottish city Glasgow and German capital Berlin in 2018.

The idea grouped together existing European Championships in seven sports and held them at the same time and under the same banner.

By doing this, organisers hoped that the sports benefited from more publicity and exposure that could have been lacking if the events were held separately.

Every sport apart from aquatics has signed-up again for Munich 2022, with the European Swimming Federation awarding their event to Rome after ruling facilities in the city were "not sufficient".

Golf in 2018 was played at Scotland's famous Gleneagles course.

"We are very proud and are very happy that we are now the official golf course of the European Championships and are following in the footsteps of the legendary Gleneagles PGA Centenary Course in Scotland, where the tournament took place at the 2018 European Championships," said Michael Weichselgartner, the President of Golf Club Valley.

"We will create perfect conditions here and offer golfers a high point in European golf in 2022."

The Championships will mark the 50th anniversary of the 1972 Summer Olympics staged in Munich, and will be held between August 11 and 21.