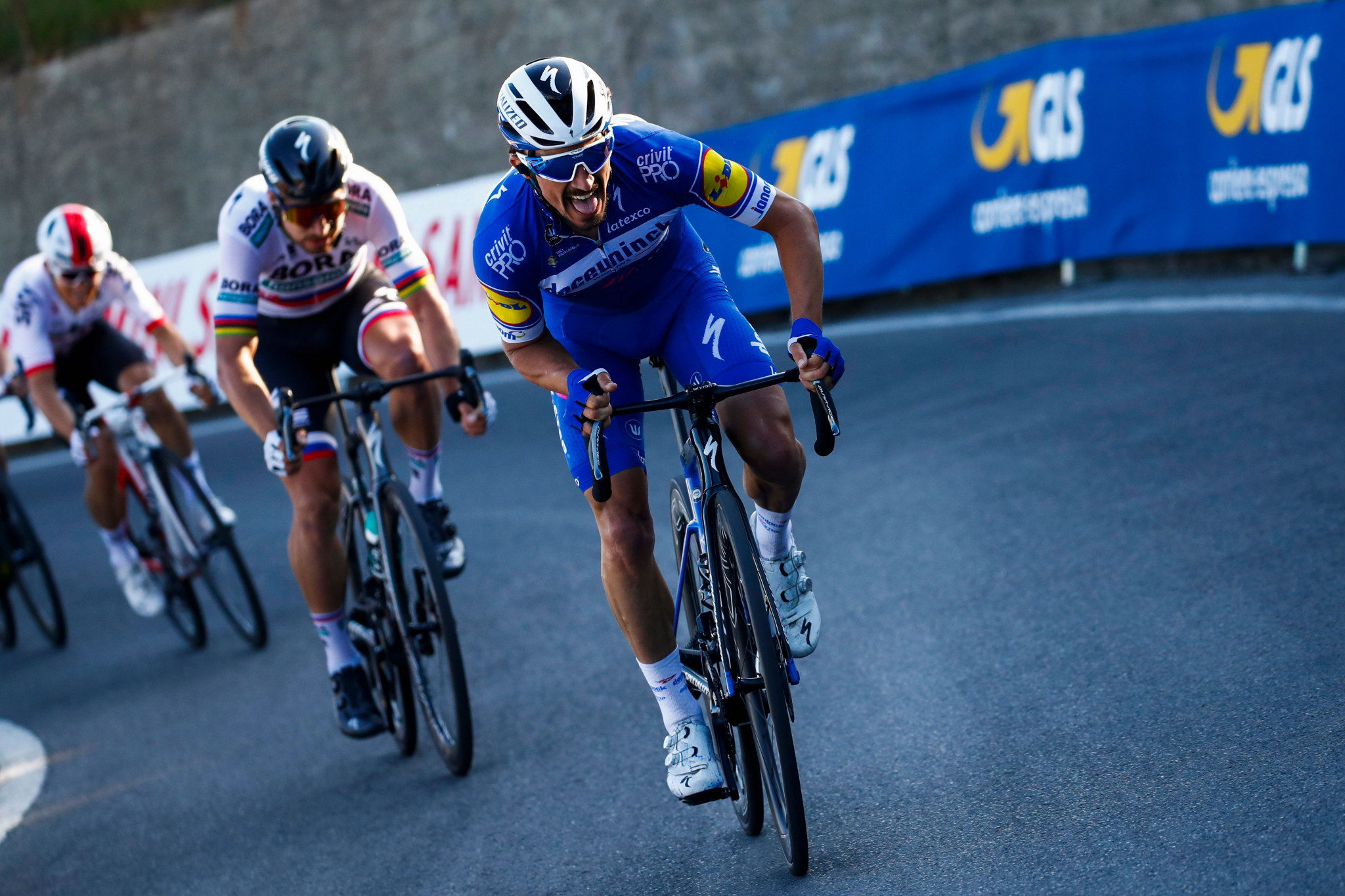 Organisers have expressed concerns the spread of coronavirus cases may force the cancellation of the Milan-San Remo classic next month.

The one-day race is due to take place on March 21, with the route taking riders from Milan through the Lombardy region and eventually concluding in San Remo.

Italy currently has the largest coronavirus outbreak in Europe.

More than 200 cases have now been reported in the country, with seven people having died.

Italy has introduced strict quarantine restrictions on towns in hotspot regions near Milan and Venice.

Special permissions also need to be sought to either enter or leave several towns in both Veneto and Lombardy.

Several Italian sporting events have been impacted by the outbreak, including the postponement of three Serie A football matches.

RCS Sport, which organises the Milan-San Remo and one-week Tirreno-Adriatico races, has expressed fears the events may need to be cancelled.

RCS Sport director Mauro Vegni also added that it was too soon to assess whether the Giro d’Italia, the first Grand Tour of the season, could be impacted.

“We are very worried about the spread of the epidemic because the situation in Italy is really difficult,” Vegni said, according to Italian newspaper Corriere Della Sera.

“Our first concerns are the Tirreno-Adriatico and above all the Milan-San Remo scheduled in less than a month, so there are no organisational plans and B plans.

“If the government confirmed the blockade of sport in Milan and in Lombardy we would be forced to cancel it.

“I hope that the peak will go down.

“At the moment, I can't say anything about the Giro d'Italia, but it is clear that if the peak does not mitigate, the risks that cannot take place are there.”

A further statement from RCS Sport said the organisation were still working to ensure the smooth running of the events.

"Regarding the three spring bike races – Strade-Bianche, Tirreno-Adriatico and Milano-Sanremo – RCS Sport reiterates that it is working hard to ensure the smooth running of these events," RCS Sport said.

"To this end, RCS Sport is in constant contact with the appropriate authorities and, in partnership with them, will assess taking all the most suitable measures for carrying out the sporting events."

Should the Milan-San Remo be cancelled, it would only be the fourth occasion of the race not taking place since its inception in 1907.

The event did not happen in 1916 due to World War One, while World War Two prevented racing from taking place in 1944 and 1945.

Coronavirus has caused havoc to the sporting calendar, leading to events being rescheduled, postponed or cancelled.

Tokyo 2020 and the International Olympic Committee have insisted the upcoming Games will not be moved or cancelled because of the virus, given the official title of COVID-19 by the World Health Organization.