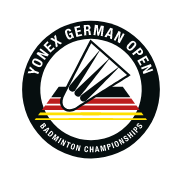 The Badminton World Federation (BWF) has confirmed that next month’s German Open in Mülheim an der Ruhr has been postponed due to restrictions in place over the coronavirus outbreak.

The City of Mülheim took the decision yesterday in line with its own rules and procedures.

The event had been due to take place from March 3 to 8.

"After medical advice from Mülheim's public health department and a process of consideration, we cancelled the event at the scheduled time," the city’s statement read.

The German Badminton Association (GBA) confirmed the decision by the City of Mülheim shortly after.

So far, no concrete plans or decisions have been made in regards to the immediate future of the tournament.

"BWF and GBA accept the decision citing the welfare of players, their entourage, fans and officials at the tournament as the main priority," a BWF statement reads.

The tournament is a Super 300 event on the BWF World Tour, and a tournament offering ranking points for qualification for this year's Olympic Games in Tokyo.

The world governing body says it is continuing to monitor all official updates on coronavirus, given the official title of COVID-19 by the World Health Organization, with no change to the intention to stage other BWF World Tour or BWF-sanctioned tournaments.

A large number of sporting events have been cancelled or postponed due to the spread of coronavirus, which originated in Chinese city Wuhan.

There have now been more than 82,000 cases and more than 2,800 deaths, with the vast majority of these in China itself.

There are 21 confirmed cases in Germany.

Jens Spahn, Germany's Federal Minister of Health, warned the country is at the beginning of an epidemic.

"The infection chains are partially no longer trackable, and that is a new thing," he said at a news conference, according to a Reuters report.

"Large numbers of people have had contact with the patients, and that is a big change to the 16 patients we had until now where the chain could be traced back to the origin in China."

Another badminton event to have been postponed due to coronavirus is the Polish Open, a Badminton Europe circuit tournament which had been scheduled to be held in Kraków from March 26 to 29 and was also an opportunity to earn ranking points for Tokyo 2020.

"Due to the growing sanitary and epidemiological threat posed by COVID-19, the Board of the Polish Badminton Association, after consultation with the District Sanitary and Epidemiological Station in Kraków, the Crisis Management Department in Kraków, the Department of Social Affairs, and the Ministry of Sport and Health, have decided to postpone the Polish Open 2020," the Polish Badminton Association said in a letter to Badminton Europe.

New dates are being earmarked for the tournament, but it will no longer fall inside the Olympic qualification period.

TOP STORY: Badminton World Championships to be rescheduled due to clash with new Tokyo 2020 dates