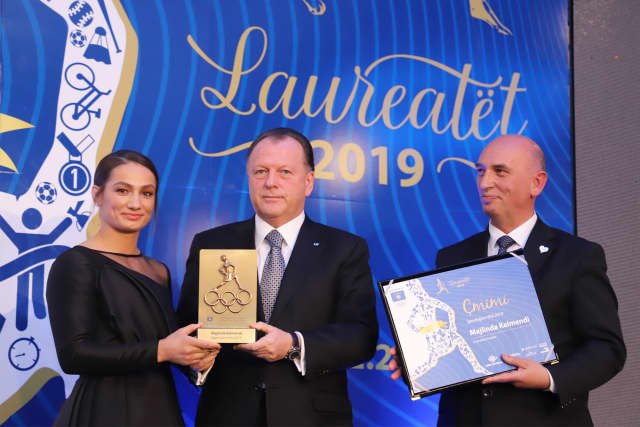 Vizer was in Kosovo to attend the unveiling of a statue of the country's first Olympic champion, judoka Majlinda Kelmendi, in her hometown of Peja.

He then attended the Kosovo Olympic Committee's Laureatët Gala in the capital of Pristina, where he received the Order of Merit, the organisation's highest honour.

Vizer paid tribute to Kosovo in his speech.

"In its first participation in the Olympic Games as a country, Kosovo achieved a gold medal with Majlinda Kelmendi," he said.

"This amazing moment showed the spirit of the nation."

Vizer then gave Kelmendi the female athlete of the year award, with the Rio 2016 gold medallist earning the accolade for the third time.

"People in Kosovo see me as a hero, but to be honest no one so far thought to make a statue," Kelmendi said.

"Thanks to Mr Vizer, I have a statue in my country, in Pristina, the city where I started this wonderful journey.

"Thank you for always respecting me, supporting us as a Federation and as a member of the judo family.

"Thanks to you, Kosovo has now everything in sport."

Judoka Akil Gjakova was also named male athlete of the year, while Driton Kuka received the coach of the year accolade.