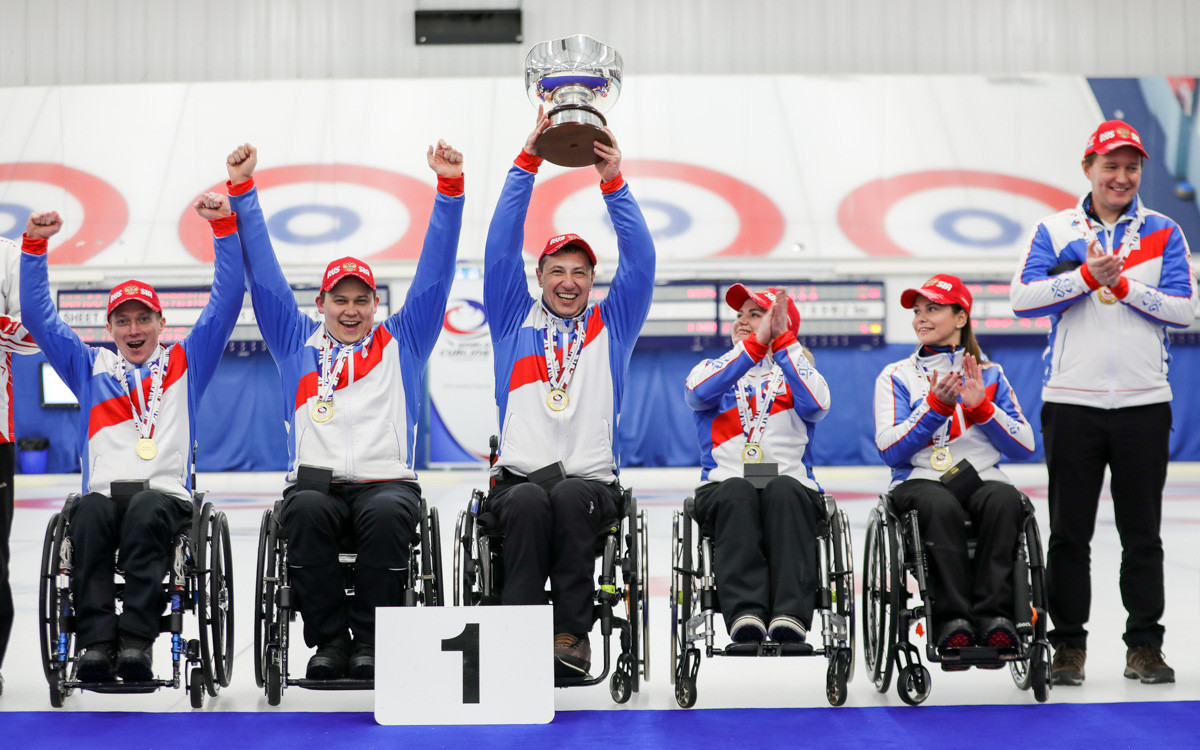 Russia won the World Wheelchair Curling Championship after a one-point win over Canada in the final at the Wetzikon Curling Club in Switzerland.

After Canada scored two on the first end, there was a succession of single-point ends which meant the match was deadlocked at four points apiece going into the final end of regular play.

Russia scored a single point on the final end to give their team of skip Konstantin Kurokhtin, vice-skip Andrei Meshcheriakov, second Vitaly Danilov and lead Daria Shchukina a 5-4 win.

The bronze-medal game between China and Sweden was also a tight affair and was deadlocked at 2-2 after the regular eight ends.

A low-scoring contest featured four ends with no points scored and single-point scores on the other four, however things changed in the extra ninth end as Sweden scored three to take a 5-2 win.