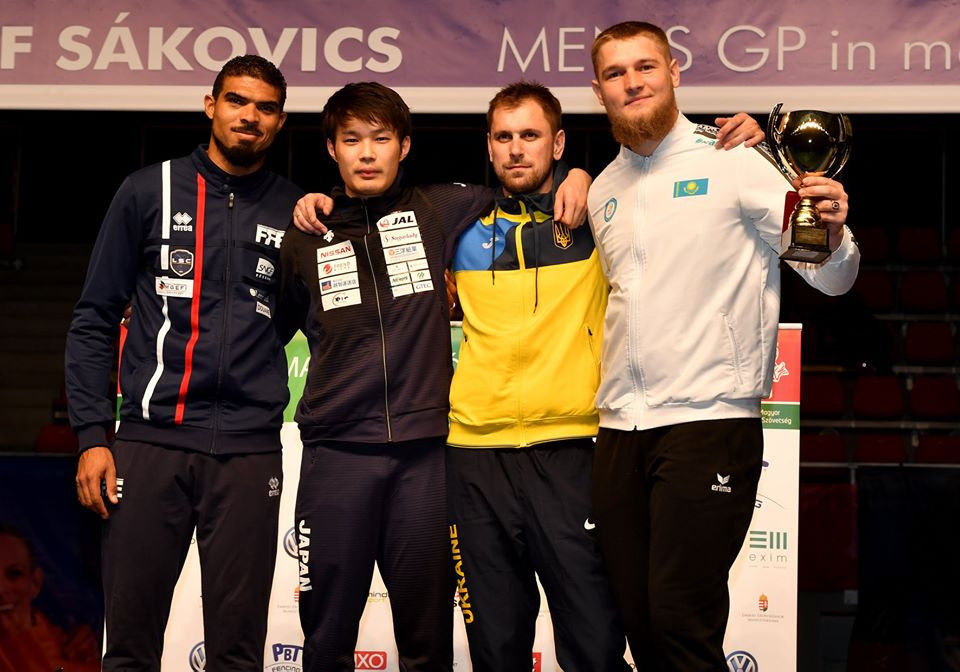 Yamada proved too strong for 2018 world champion Yannick Borel of France in the men's final, winning 15-11 at the Hungarian capital's Ludovika Aréna.

He had earlier beaten Ukraine's Igor Reizlin, a 2019 world bronze medallist, 12-11 in the semi-finals.

Borel defeated Kazakhstan's Vadim Sharlaimov 15-12 in the other last-four encounter.

Reizlin and Sharlaimov were the bronze medallists on a day when top seed Sergey Bida of Russia and second seed Andrea Santarelli of Italy were eliminated at the last 32 stage.

Embrich and Ngom shared the third step of the podium.

Top seed Ana Maria Popescu of Romania crashed out at the last 32 stage, while second seed Lin Sheng of China fell at the first hurdle.

Action also came to an end today at the FIE Sabre World Cups for men and women in Luxembourg and Greece, respectively.

Germany edged Hungary 45-44 in the men's bronze medal match, while Hungary registered a 45-36 victory over Poland in the women's third place playoff.