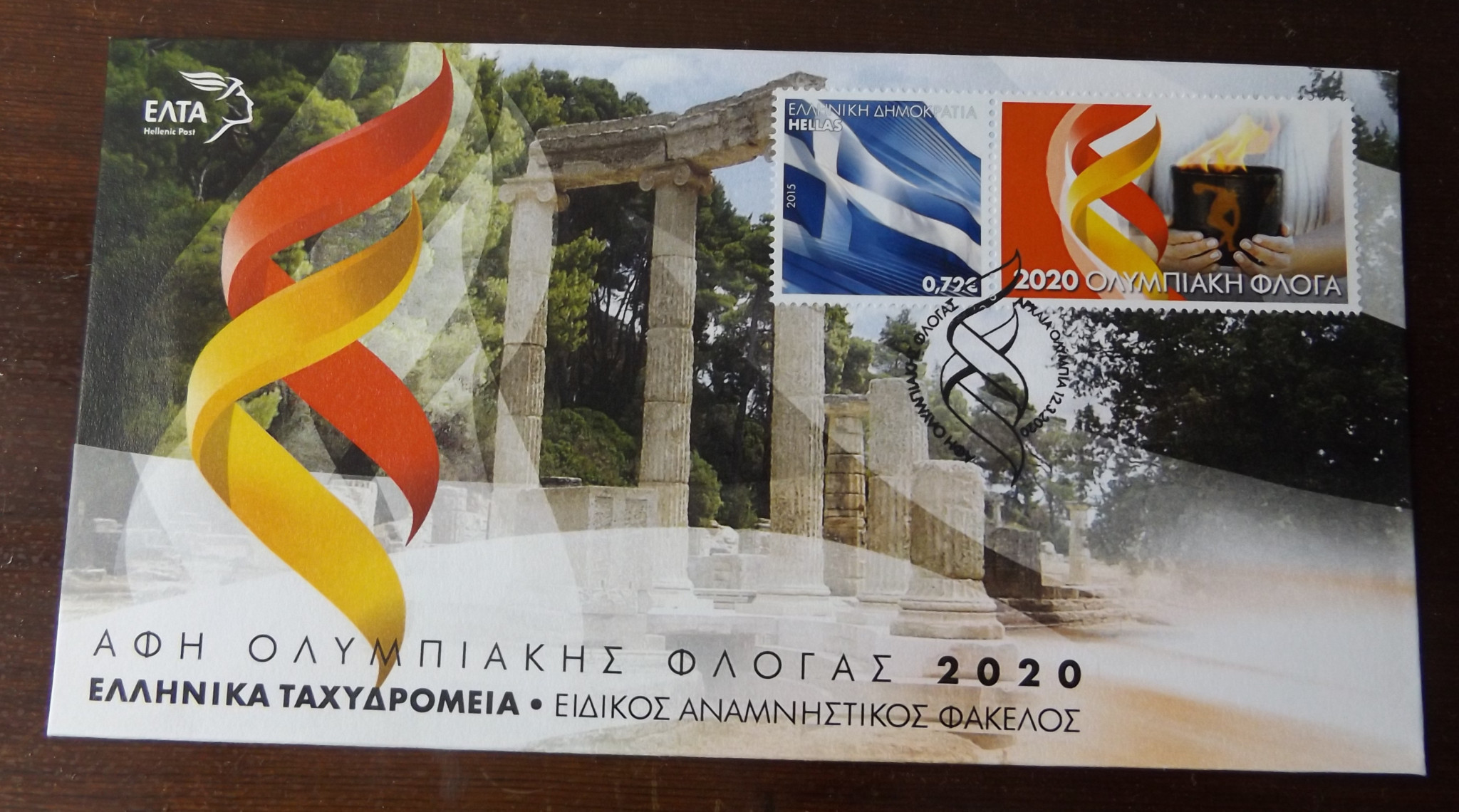 Hellenic Post’s issue of a first day cover to mark the lighting of the Tokyo 2020 Olympic Flame seems set to become even more of a collectors item after the decision to cancel the remainder of the Greek section of the Relay as a precautionary measure against the spread of coronavirus.

The cover shows the columns of the temple where the flame is lit.

insidethegames understands that in any case, the plan was only to produce a special cover for the start and finish of the Relay.

In the past a set has been produced commemorating every daily stopping point.

Hellenic Post has also produced a special set of postcards featuring the start of the 1964 Torch Relay to Tokyo.

They include colour photographs showing high priestess Aleka Katseli handing the Flame to the first runner George Marcellos in the ancient stadium.

First day covers for the Torch Relay are a tradition which dates back to the very first one in 1936.

Visitors to the new post office in Olympia included some enthusiastic German philatelists who are said to have sent some 4,000 postcards back home.

Olympia’s original museum of the Modern Olympic Games was established in 1961 by philatelist Georgios Papastefanou-Provatakis.

He donated his own collection to launch the exhibition which grew to include other memorabilia.

Sadly the museum closed some years ago.

Former International Olympic Committee President Juan Antonio Samaranch was also a keen philatelist who gathered a large collection of Olympic-related issues which are now held by the Olympic museum in Barcelona.