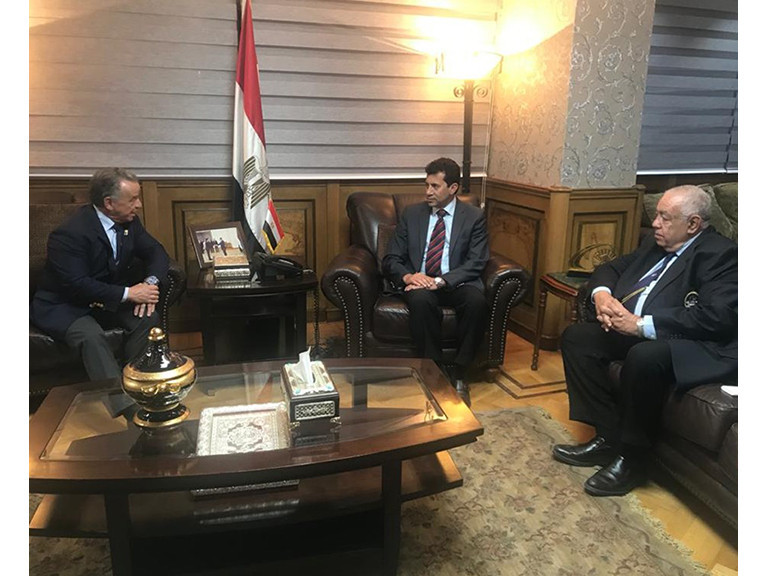 The International Federation of Bodybuilding and Fitness (IFBB) President Rafael Santonja has met with the Egyptian Minister of Sports to speak about the progression of the sport in the nation.

In a trip to Egypt's capital Cairo President Santonja, along with Adel Fahim el Sayed, IFBB vice-president for Africa and President of the Arab and Egypt Federations, spoke with Egyptian Minister of Sports, Ashraf Sobhy.

During the meeting, President Santonja presented Sobhy with the IFBB Spirit of Sport Award as a token of appreciation of his support to bodybuilding and fitness as well as his commitment to clean sport against doping.

Egypt's top-ranked player from 2019 in men's bodybuilding was Mohamed Abdelkerin in 57th place.

The next African event on the IFBB is scheduled for May 15 to 17 with the IFBB Arnold Classic Africa set to be hosted in Johannesburg in South Africa.