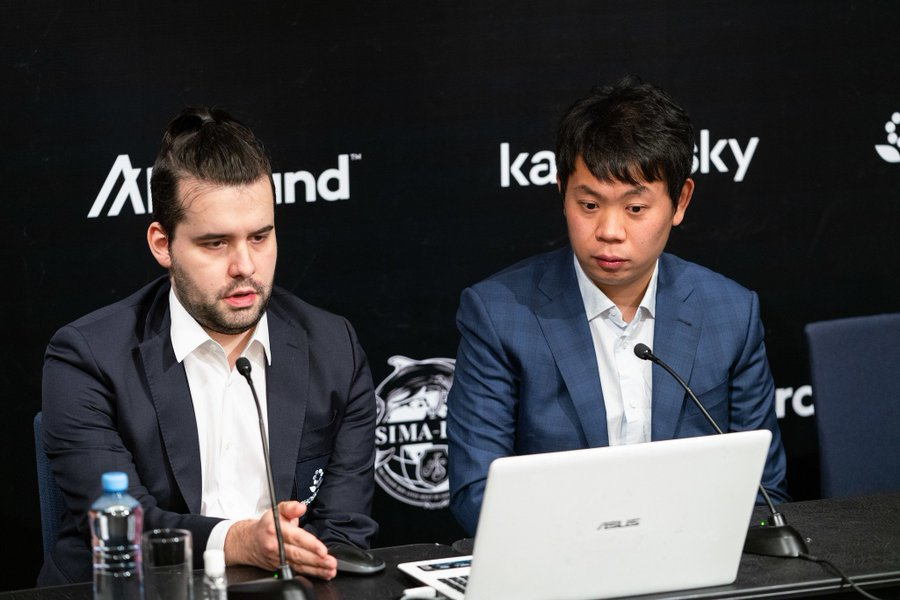 Russia’s Ian Nepomniachtchi took the outright lead at the International Chess Federation (FIDE) Candidates Tournament by recording the only victory of the day in Yekaterinburg.

The fifth day of competition began with the news Chinese state broadcasters CCTV had started showing coverage on their main sports channel.

The event has reportedly enjoyed a surge in popularity in China in recent days, with other sporting events postponed worldwide due to the coronavirus pandemic.

Nepomniachtchi was one of three joint leaders of the event after four rounds of competition, but took sole leadership today.

The Russian overcame China’s Wang Hao in a clash between two players at the top of the standings.

United States’ Fabiano Caruana drew against The Netherlands’ Anish Giri, with the contest between Russia’s Alexander Grischuk and China’s Ding Liren also ending in a stalemate.

Nepomniachtchi now tops the standings alone on 3.5 points, with Vachier-Lagrave second on three.

Wang Hao, Caruana and Grischuk have 2.5, while Ding Liren, Alekseenko and Giri trail on two.

The fifth of 14 rounds of matches will take place tomorrow.

The final round of games is scheduled to conclude the tournament on April 3.

The tournament will decide who will face Norway's Magnus Carlsen at the World Chess Championship later this year.

It is one of the few events taking place amid the coronavirus pandemic, which has largely decimated the sporting calendar.