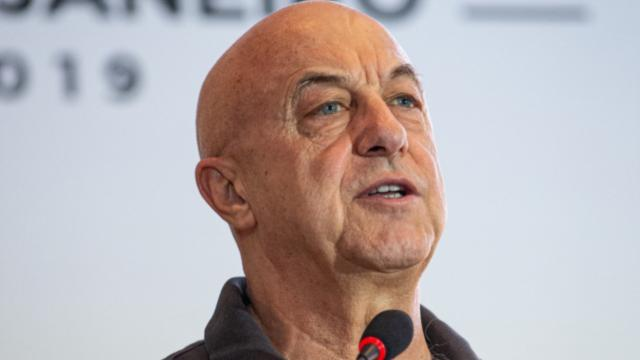 World Skate will draft a new qualification schedule when dates for the rescheduled Tokyo 2020 Olympic Games are confirmed, the governing body has said.

The International Olympic Committee (IOC) and Tokyo 2020 confirmed the Games would be postponed on Tuesday (March 24), with the organisations saying the Olympics will be held in the summer of 2021 at the latest.

Summer dates in the northern hemisphere appears likeliest for the Games at this stage, although a spring Olympics has also been mooted.

The Games were postponed amid concerns over the coronavirus pandemic, with worries over health, athletes’ training and qualification pathways.

World Skate was among the International Federations to see its qualification system heavily impacted, as the organisation prepares for skateboarding’s Olympic debut.

World Skate President Sabatino Aracu released a statement following the governing body’s Executive Board meeting, where he acknowledged they it have to draft a new qualification schedule for the Games.

“Rescheduling the Olympic Games means that we will have the chance to re-organize season two of Olympic Qualification, which we’ve had to suspend in total due to the unexpected COVID-19 pandemic”, Aracu said.

“The new date for the Games is still under consideration and will hopefully be made clear in the coming weeks: we’ll see what the final decision of the IOC will be.

“As soon as we know the new date, we will begin drafting a new qualification schedule, taking in to account athletes’ needs, as we absolutely want them involved.

“We will continue working closely with the IOC and the World Health Organization in order to ensure that when competition re-starts, all precautions and safety measures are taken into account.”

Due to the impact of coronavirus and the rescheduling of the qualification calendar for skateboarding, three Olympic qualifiers have been suspended.

This includes the Raizin Ark League at Samukawa in Japan in April.

The World Skate SLS World Championship of Street Skateboarding in London has also been suspended, with the event initially having been due to take place from May 19 to 24.

The World Skate World Championship of Park Skateboarding in Nanjing, which was scheduled for May 26 to 31, has also been suspended.

Aracu has said the recent postponement and cancellation of events have been “painful decisions”, with the World Skate Executive Board working to adapt the calendar to the “exceptional and difficult moment”.

“Keeping in mind that any path forward must protect our athletes’ health and the fairness of competition; the main topic tackled was of course any possible adjustment about world, continental and national events.

“Painful decisions had to be made, but as always, athletes’ safety was our main goal.

“Our concerns are of course not only about the Olympics, but also for all of our discipline’s international events.

“At the moment, we’ve had to postpone the World Championships – inline hockey and inline speed skating - to be held in Colombia in September.

“Regarding the Executive Board’s focus on national activities: it’s our goal to restart the national championships as they engage thousands of athletes, our base and our future, and this will contribute to going back to normal life.

“Our priority will go to national events even though it means that we must reschedule the international calendar.”

TOP STORY: IOC to hold virtual Session in March after plans to stage it in Athens scrapped