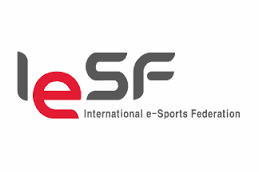 The International Esports Federation (IeSF) have announced that four nations have become new members, with Colombia, Kazakhstan, Turkey and Ukraine all joining.

There are now 60 nations who are members of the IeSF, which is the largest international body for esports.

Colombia becomes only the third nation from South America, joining Brazil and Argentina, to join the Federation and will look forward to the next World Championship.

"For Colombia and for our region, achieving this membership is a giant step to demonstrate our skills and commitment to esports," said a representative from the Colombian Federation of Esports.

"We are a country with enormous discipline and players who will give their all in the next 2020 IeSF Esports World Championship in Eilat in Israel."

Ukraine and Turkey were founding members of the European Esports Federation and now join the IeSF as well.

In Ukraine, two different esports bodies have joined together to become one organisation.

"The joined forces of Ukraine Esport Federation (UESF) and Esports Ukraine under one large country-wide name is a great example for all split Federations," said the UESF.

"We did our best to form a strong organisation with a large event, technical and educational backgrounds."

The Turkish Esports Federation added: "Esports is a sports branch that has attracted attention in recent years with its rapid development in the world, and it is a shining star with its dynamic and open fast growth structure."

Kazakhstan will be represented by the Kazakh Cybersport Federation (QCF) and sent their gratitude to the organisation for making it possible to join IeSF.

"We are very grateful for becoming a new member of IeSF and appreciate the time that the Board and secretariat spent processing our request," they said.

Asia is the most well-represented esports continent with 23 members, closely followed by Europe.