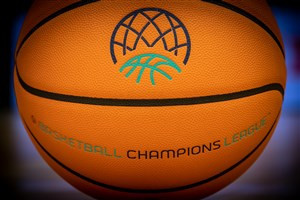 The 2019-2020 Basketball Champions League (BCL) season will resume and conclude with the hosting of a "Final Eight", single-game knock-out competition after it was concluded that the campaign will not be finished as planned due to the coronavirus pandemic.

The unanimous decision to hold the "Final Eight" competition, due to take place from September 30 to October 4, was announced following a BCL Board meeting held via videoconference.

The host and location of the event and further details regarding the competition will be announced in due course.

"The Basketball Champions League has taken the decision to postpone to late September/early October 2020 all remaining games, originally scheduled from March to May 2020, in order to protect the health and safety of players, coaches, officials and fans," a BCL statement reads.

Earlier this month, the International Basketball Federation (FIBA) imposed an indefinite suspension on all of its competitions in light of the coronavirus pandemic.

FIBA said the decision to postpone its events, which came into effect on March 13, was made "in order to protect the health and safety of players, coaches, officials and fans" amid growing concern over the spread of the COVID-19 virus.

Events impacted include the BCL, a rival tournament to the EuroLeague, and the second-tier Europe Cup.

The EuroLeague itself had previously been suspended by organisers because of the outbreak of the virus.

The BCL Board said it discussed extensively the ongoing situation concerning the coronavirus pandemic and its impact on the competition, and confirmed four conditions as prerequisites in order for the season to resume in the event that FIBA would lift the suspension of all its competitions.

Taking into consideration that the conditions could not be, reasonably, met in order for the season to conclude, the decision to hold the "Final Eight" was made.

Two outstanding games still pending for the conclusion of the round of 16 will be played prior to the hosting of the Final Eight at a date to be confirmed.