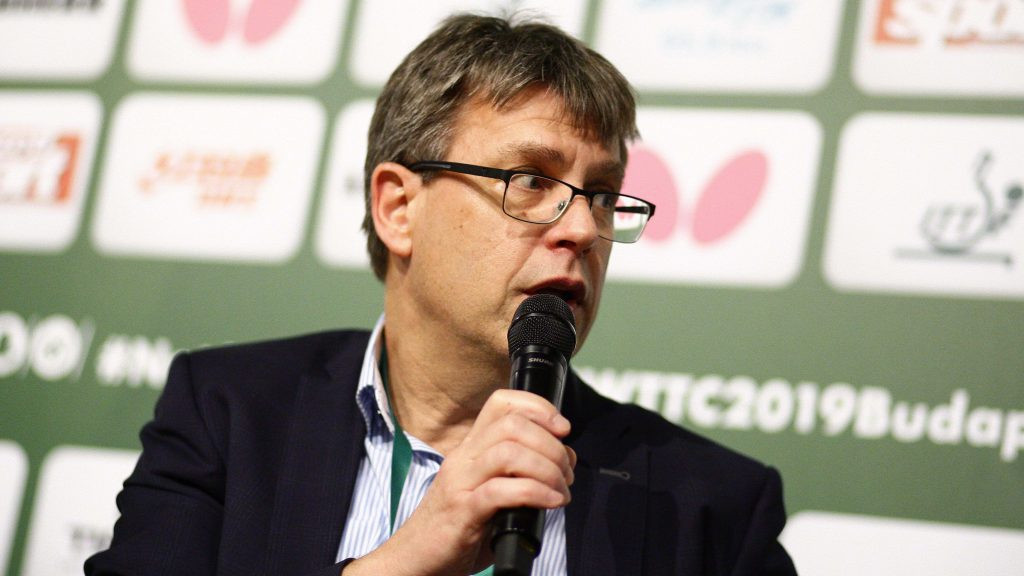 The International Table Tennis Federation (ITTF) has said despite its Executive Committee's recent disagreements on the future of President Thomas Weikert, it remains united in its efforts to manage the effects of COVID-19.

A statement from ITTF said that after reports of "differences in opinion" within the committee, the organisation is now all looking to move forward together during the pandemic.

It comes after ITTF Deputy President Khalil Al-Mohannadi and executive vice-president for finance Petra Sörling wrote a joint letter criticising Weikert, questioning his ability to run ITTF, and expressing their desire to see a new President elected in 2021.

Sent to the ITTF members by the Swedish Table Tennis Association, they claimed to offer "a new direction for the ITTF membership under the leadership of a new President."

In response Weikert, speaking to insidethegames, said that the letter contained "discrediting allegations."

Weikert said: "The complainants are members of the Executive Committee, the highest governing body of the ITTF.

"They have made discrediting allegations without ever having made any relevant complaints in the six meetings and video conferences that have taken place during the past six months.

"The respective minutes are all approved.

The ITTF’s top officials are fully committed to working together to ensure the best outcome for #TableTennis in the battle against #COVID19.

"As far as I know, they have made their letter public without informing the other Board members.

"They did not give me the opportunity to comment on it before.

"Neither of them had ever contacted me before to discuss possible problems they may have with me or my management style."

Since then, the ITTF have said they have put those issues aside to prioritise the health crisis.

A statement from ITTF said: "The COVID-19 public health crisis has led to an unprecedented, ever-changing landscape for all industries and sports, and as such, the ITTF Executive Committee has held regular meetings during this period in an effort to find the best solutions required during the pandemic."

In the video conference meeting on May 9, the committee noted the progress being made to balance the organisation's budget which had been heavily affected by the pandemic, including detailing the necessary reductions in salaries and bonuses.

It also confirmed plans for a settlement meeting on the appeal through the Court of Arbitration for Sport of its former President, Adham Sahara.

There was a request that staff organise an information session for the members online regarding the new competition World Table Tennis.

The next ITTF Executive Committee meeting will take place on June 2, with the ITTF continuing to offer further updates regarding the impact of COVID-19.