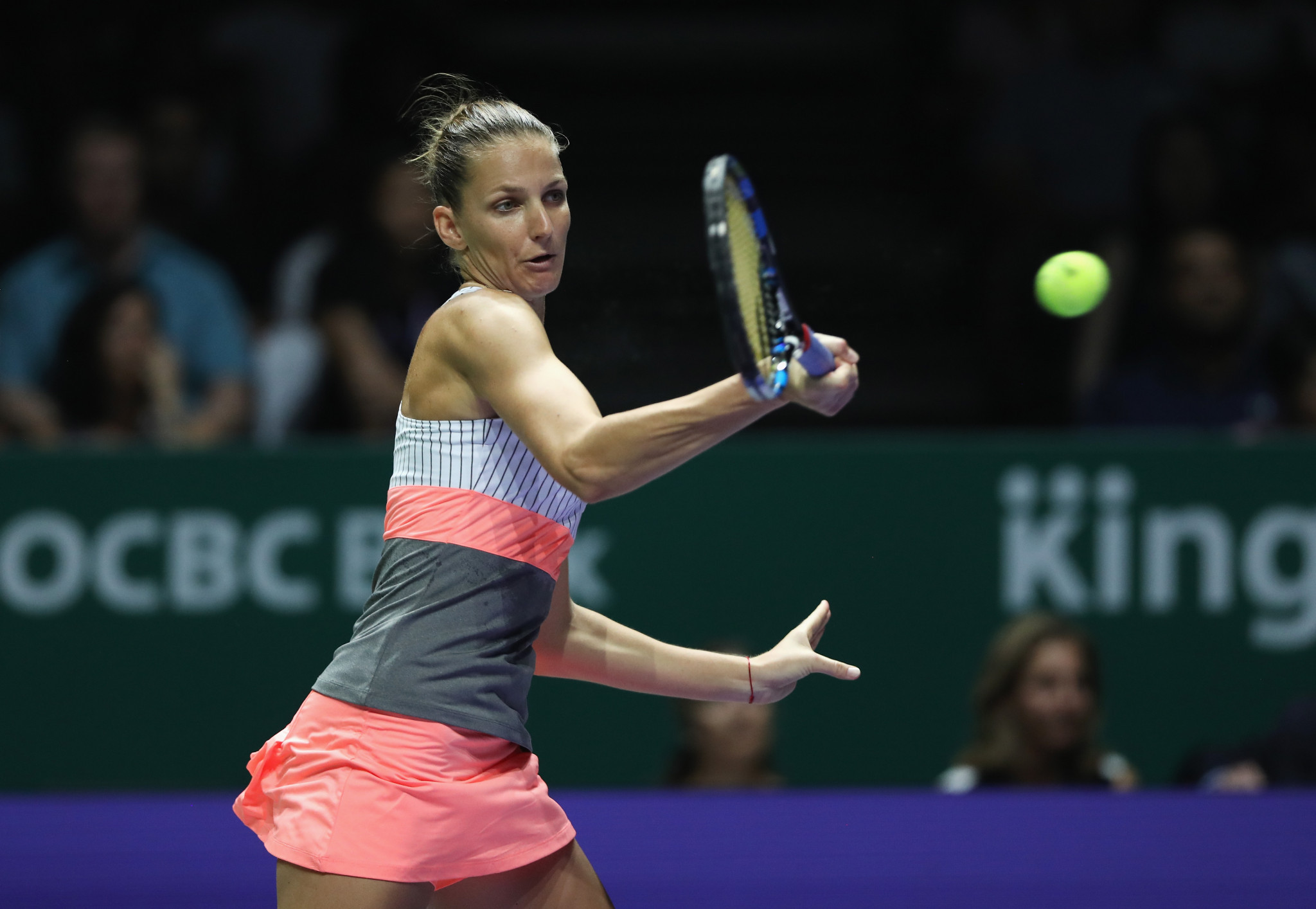 Karolína Plíšková is to headline an exhibition tournament in Prague this week as new tennis events continue to appear amid the coronavirus pandemic.

Due to take place from June 3 to 6, the round-robin LiveScore Cup will be played at the Stvanice Stadium in the Czech capital, featuring six European players.

Headlining the clay-court competition will be former world number one Plíšková, who will be joined by identical twin Krístyna.

The competition will not be affiliated with the Women's Tennis Association (WTA), which has suspended all events until the end of July, and be staged behind closed doors.

Vondroušová, 20, has impressive pedigree on clay courts, with the world number 18 making the final of the French Open last year.

World number three Plíšková said: "I am really looking forward to the start of the LiveScore Cup, and the chance to once again compete in my country alongside some of the best players in Europe.

"After our enforced season break, it's brilliant that we will have this chance to again showcase women's tennis to fans around the world, especially on clay at a time when the French Open would have normally been taking place."

Petra Kvitová is a notable Czech player missing from the tournament but has been in action recently, winning an all-Czech tournament in Prague last week.

Kvitová beat Muchová in the final while wearing an outfit designed for the French Open, which would currently be taking place were it not for the pandemic.

That Grand Slam has been rescheduled for September 20 to October 4, but is expected to be further delayed.

The men's Association of Tennis Professionals and the International Tennis Federation have, like the WTA, suspended all sectioned events until the end of July at least.

There are plans for some of the leading players in the men's game to compete in an exhibition tournament in Berlin in July, with an invitation extended for 20-time Grand Slam champion Roger Federer to join in.

Edwin Weindorfer, director of what was the WTA bett1open, is planning men's and women's grass-court tournaments, with Alexander Zverev, Dominic Thiem and Nick Kyrgios all signed up.

In comments reported by Tennis365, Weindorfer outlined his ambition to have Federer also play on his favoured surface.

"Following the example of the Bundesliga, we want to set new standards in tennis and organise a top event in difficult times," Weindorfer said.

"We are negotiating with two Grand Slam winners.

"We will definitely ask Roger Federer too, we know that he loves to play on the lawn."

The men's and women's competitions in Berlin are set to be hosted on July 13 to 15 and July 17 to 19, with Elina Svitolina headlining the women's contest.

Men's world number one Novak Djokovic has also organised the new Adria Tour, hoped to be held in the Balkans in June.