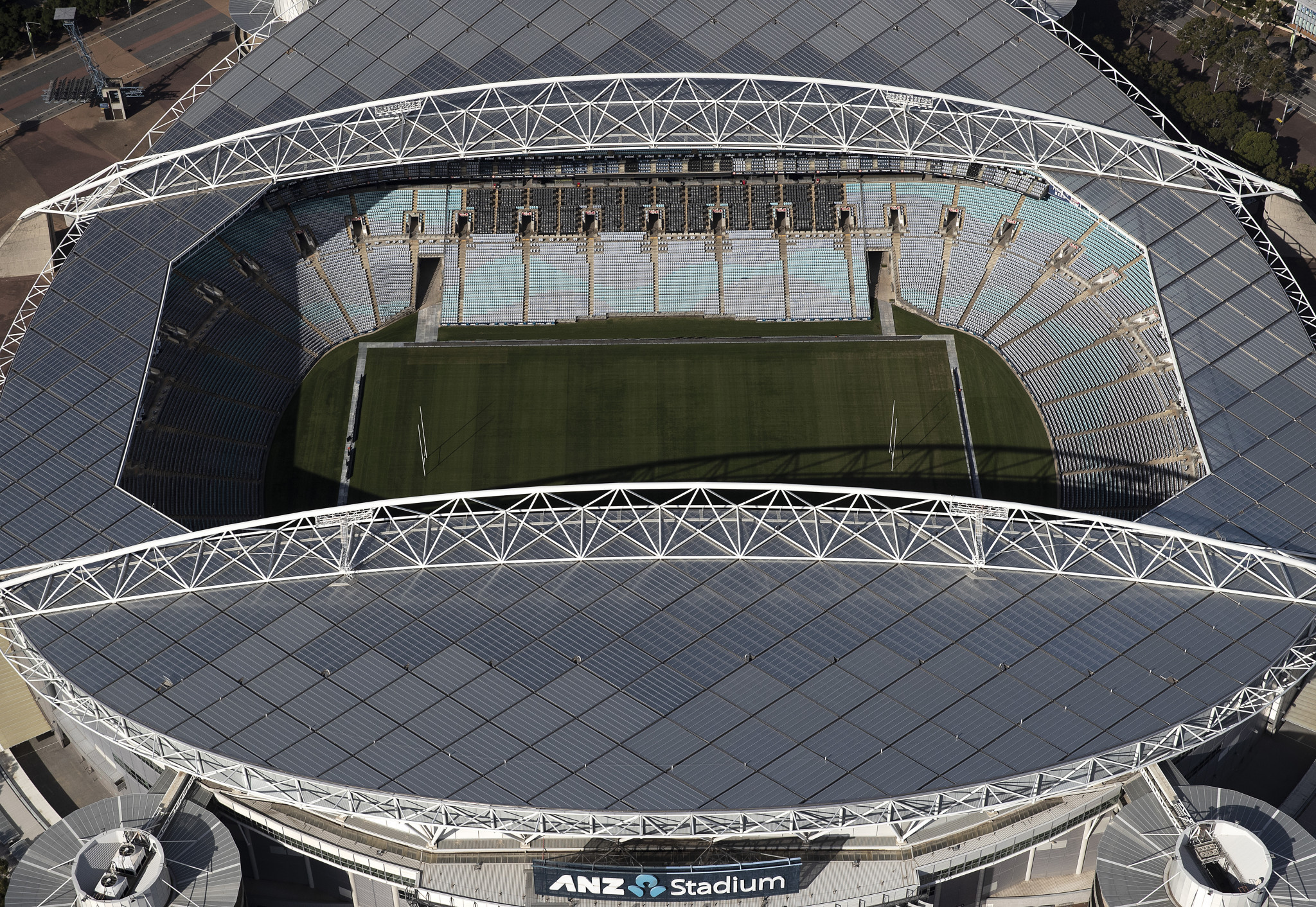 The New South Wales Government has confirmed it has dropped plans for the refurbishment of ANZ Stadium, with AUD800 million (£432 million/$533 million/€480 million) now set to be redirected towards a new fund for job-creating infrastructure projects.

Controversial plans for demolish and rebuild the venue, which was central to Sydney’s hosting of the 2000 Olympic and Paralympic Games, were made in 2017.

The arena was first built to temporarily hold 110,000 spectators, making it the largest Olympic Stadium ever built.

Plans to demolish and rebuild the stadium were later scrapped in favour of refurbishment.

It was claimed a rectangular venue would be beneficial for popular local sports, including rugby league and football, and cheaper.

New South Wales Premier Gladys Berejiklian, who included a pledge to refurbish the stadium as a key part of her election manifesto, confirmed the Government had opted not to proceed with the plans.

She said the "sensible project" had been backed by the people of New South Wales at last year’s election, but the current health and economic climate caused by the coronavirus pandemic meant it no longer made sense.

The AUD800 million investment into the stadium will now be redirected to a AUD3 billion (£1.6 billion/$2 billion/€1.8 billion) Infrastructure and Job Acceleration Fund, as officials have termed it.

The fund will be used for smaller projects in the state, which the New South Wales Government claims will inject up to an extra 20,000 jobs.

The fund will increase the state's total infrastructure pipeline to AUD100 billion (£54 billion/$66 billion/€60 billion), it is claimed."

"This guaranteed pipeline of AUD100 billion will be our best chance supporting the hundreds of thousands of people who have already lost their jobs in NSW," Berejiklian said.

"We are now not only guaranteeing our infrastructure pipeline, we will be looking for opportunities to fast-track projects to provide jobs as early as we can."

Stadium Australia, which is commercially known as ANZ Stadium, features as part of Australia and New Zealand’s plans to host the 2023 FIFA Women’s World Cup.

The venue is one of two stadiums in Sydney expected to be used at the tournament, should Australia and New Zealand be named as hosts.

The other venue would be the Sydney Football Stadium, formerly known as Allianz Stadium.

Allianz Stadium was demolished last year, with the rebuild commencing in April.

Lendlease pulled out of the construction phase of the project last year, having overseen the demolition.

Australia and New Zealand face competition from Brazil, Colombia and Japan to host the tournament.

Both ANZ Stadium and the rebuilt Sydney Football Stadium are also expected to feature as part of Australia’s bid for the 2027 Rugby World Cup.