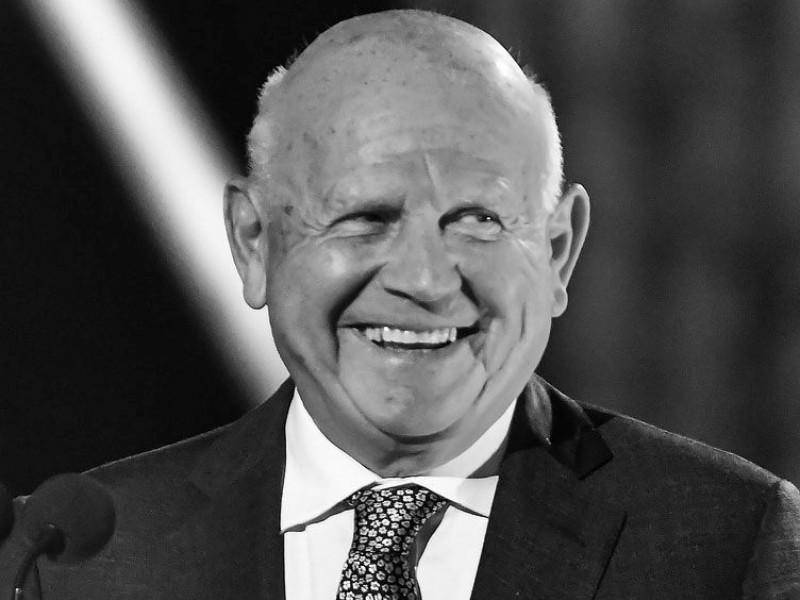 Kocijančič was "a great ambassador and promoter of the Olympic Movement and the Olympic values", said International Olympic Committee President Thomas Bach in tribute.

"He was a true believer in the Olympic values for education, for peace and for social inclusion.

"For me, like many in the Olympic Movement, he was a true friend and I deeply admired the dignified way he faced his illness. We will always remember and honour him, and the Olympic flag will fly at half mast for this great man of our Olympic Movement."

Kocijančič had been a long-term official at the EOC, with the Slovenian joining the Executive Board in 2005.

He later served as EOC vice-president from 2013 to 2016, before taking on the Acting President role following the suspension of Patrick Hickey.

EOC secretary general Raffaele Pagnozzi said Kocijančič had "left a huge void in the heart of the Olympic Movement of Europe".

Pagnozzi added: "He will be remembered for his professionalism and wise vision in profoundly understanding the diversity between the European countries.

"His cultural and historical knowledge was of great benefit to the sport movement in Europe and helped lead it to a prominent position globally."

Kocijančič's Presidency included the second edition of the European Games, which were held in Belarus' capital Minsk last year.

The Slovenian also oversaw the awarding of the 2023 European Games to Kraków in Poland.

Kocjančič served as the first President of the Slovenian Olympic Committee from the organisation's founding after the country gained independence.

"We are deeply saddened by the news that Mr. Janez Kocijančič, first President of NOC Slovenia, passed away today," the Slovenian Olympic Committee said in a statement.

"Janez Kocijančič has dedicated a good part of his life to sports and sports policy in Slovenia.

"During this time of the greatest success of Slovenian skiers in the world, he worked closely with Tonet Vogrinc."

Kocjančič has been a member of the International Ski Federation (FIS) Executive Board since 1981, including serving as FIS vice president from 2010.

Away from sport, Kocijančič - a trained lawyer - had careers in both politics and business.

Kocijančič was a Government Minister at one time and also President of Adria Airways, the national airline of Slovenia.

He received the highest award given by the Chamber of Commerce of the Republic of Slovenia in 1990 for contributions to the nation's economy.