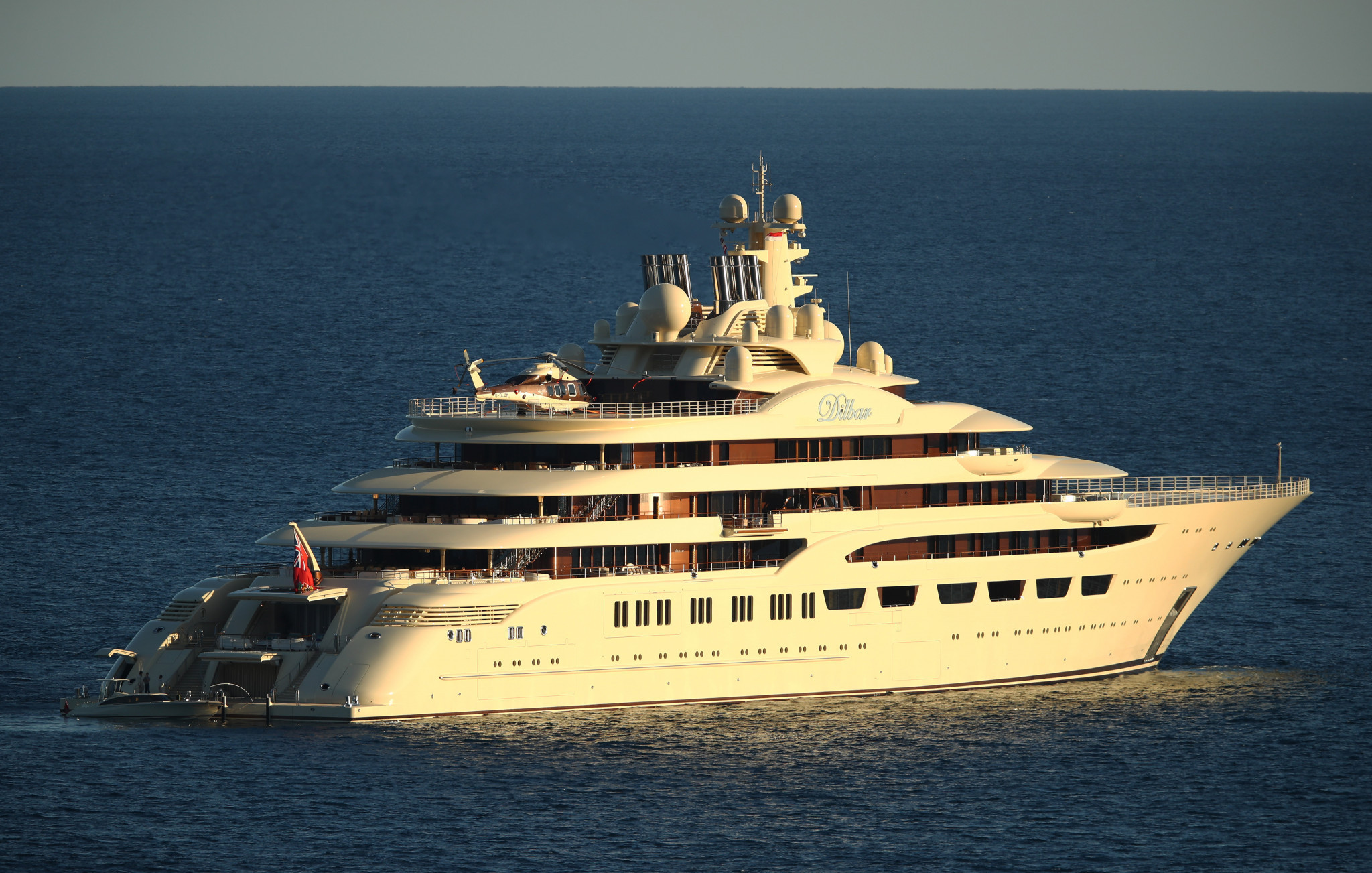 It can accommodate 36 guests and 84 crew members, with a cruising speed of 22.6 knots - generally faster than an average ferry - and has now arrived in Southampton.

Named Dilbar after Usmanov's mother, it is the second super-yacht he has owned with that name.

The first, also built by Lürssen, is now known as Al Raya.

Facilities on board Dilbar include a swimming pool, an an Airbus H175 helicopter and two helipads.

The Russia billionaire owned a 30 per cent stake of English football club Arsenal until 2018, when he was bought out by sports tycoon Stan Kroenke for a reported £550 million ($715 million/€600 million), but now has ties to Everton.

Usmanov is the figure who in December bought the historic manuscript in which Baron Pierre de Coubertin laid out plans to revive the Olympic Games for $8,806,500 (£7,042,765/€8,003,945) - a price more than eight times higher than it was estimated to go for.

He later donated it to the Olympic Museum.

Usmanov has also been a generous donor to the FIE.

Calculations by insidethegames suggest that the Uzbek-born businessman is on course to gift CHF80 million (£62 million/$80 million/€73 million) to the FIE over a period of around three Olympic cycles.

Usmanov has been a critic of the World Anti-Doping Agency (WADA) too, telling then-WADA President Sir Craig Reedie not turn the fight against doping into a "lynching" last year.