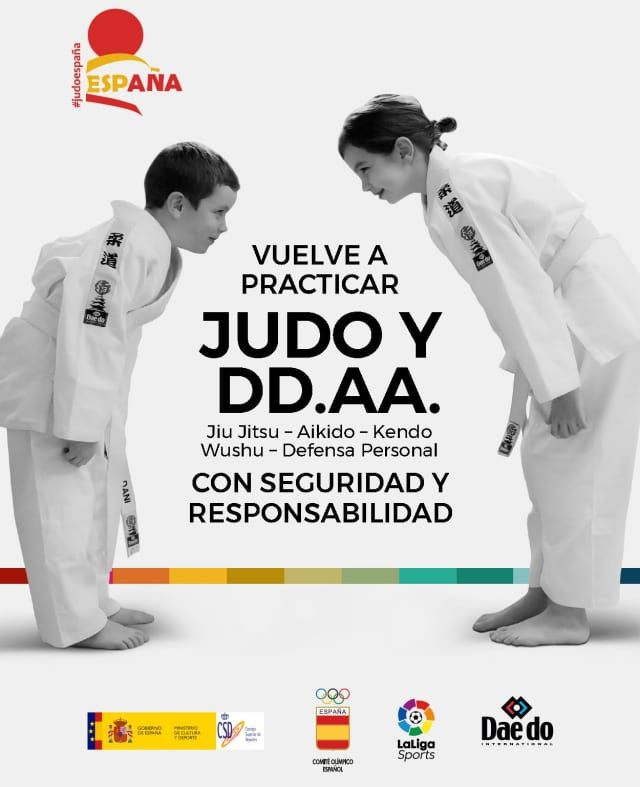 The Spanish Judo Federation has launched an active programme for youngsters coping with the COVID-19 pandemic, after recent reports suggested an increase in weight of children who are in confinement.

The initiative "Do Judo Again" looks to get children and adolescents back practicing the sport as soon as possible.

An independent study estimated an average weight increase of five per cent in youngsters in lockdown, with the weight gain linked to lack of physical activity and a changing of diet.

Additionally, the study said that stopping physical activity abruptly for more than a month affects the muscle and growth rate in children.

There have also been links to mental health, especially depression, anxiety and psychological disorders caused by the absence of sport.

Spain has been one of the worst affected nations in the world during the crisis, leading to heavy social restrictions.

The Spanish Judo Federation hopes to keep people active without dropping safety measures during the crisis, and recommends good hygiene before, during and after each session.

This includes disinfecting sports equipment and keeping a safe distance, with athletes asked to bring their own towels and water bottles.

There are also outlines on how to exercise individually within the home, with movement, jumping and running exercises covered.

These measures will also exist when all judoka are able to train in facilities again.