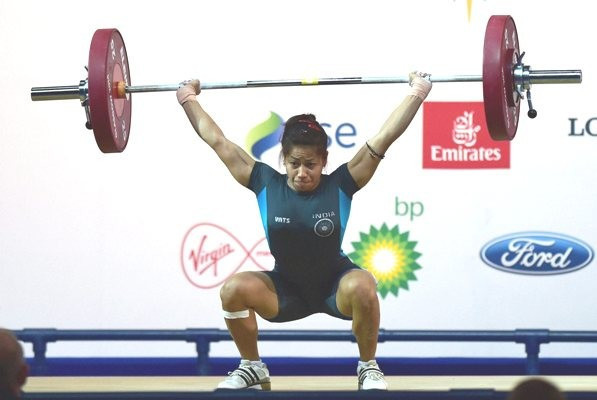 An Indian weightlifter who has finally been cleared of doping more than two and a half years after testing positive is seeking a six-figure sum in United States dollars in damages for her ordeal.

Sanjita Chanu Khumukcham returned a positive sample in November 2017, at a training camp in Las Vegas just before the International Weightlifting Federation (IWF) World Championships in Anaheim in California.

Now, 933 days later, the IWF has withdrawn the charges based on advice from the World Anti-Doping Agency (WADA).

During those 933 days Sanjita was suspended for nine months and lost any chance of qualifying for the Tokyo 2020 Olympic Games.

From the outset, Sanjita protested her innocence.

She was threatened with dismissal and financial penalties if she continued her claims of malpractice by officials; her signature was forged and her private email account was used by others; she had crucial information about sample analysis kept from her; she was listed as having two different coaches instead of one; her positive sample was given two different numbers; the single piece of testing equipment that was used to analyse her sample in a laboratory in Salt Lake City had two different ID numbers; and her B sample was tested nearly three months after the date on which she had been told it would be tested.

Sanjita, 26, told insidethegames from her home in Imphal in Manipur state, "I am happy in the sense that I am finally and officially cleared from the doping charges.

"But, what about the chances I have lost?

"Who will take responsibility for the mental trauma I have been living with, for the mistakes that happened in every possible level?

"You put an athlete under suspension, keep them waiting for years without a final judgement, and one fine day you send an email saying 'You are now free from charges.'

"Is this some kind of joke?

"Every athlete's ultimate dream is get a medal in the Olympic Games, and at least to participate in the Games.

"For me, that chance was snatched away by IWF.

"No, no… this is not how IWF is supposed to function.

"IWF must apologise and give a genuine explanation, and the responsible organisation or individual must be penalised.

"I want compensation from IWF."

Sanjita’s claim will be for a six-figure sum, said her brother Bijen, who represented Sanjita at an IWF hearing in Budapest in October 2018.

"I travelled with another adviser to Hungary to represent Sanjita," Bijen said.

"We will seek a six-figure compensation payment in US dollars, and an apology.

Sanjita, who won Commonwealth Games gold in 2014 and 2018, said the problems started right at the outset when the Doping Control Officer who took her sample filled out a form incorrectly, and took down the wrong email address.

From then there was a series of errors, detailed in an insidethegames report on June 2.

Sanjita should never have competed at Gold Coast in 2018 but, unaware she had tested positive months earlier, she won gold.

"I have always had the feeling that IWF would finally say she is clear from the doping charge, but never knew when it would happen," Bijen added.

"They dragged on her case for nothing for years.

"We never expected that such a reputed organisation would behave this way.

"It has to give a genuine and detailed explanation."

The letter sent to Sanjita, which she forwarded to insidethegames, makes no comment about the delays in the case.

It lays out a timetable of events without stating why Sanjita was not informed of her positive until May 2018.

It also states that her provisional suspension was lifted in January 2019, but gives no clue as to why it has taken until June 2020 to drop the charge.

WADA took until May 28 this year to inform the IWF that “due to certain non-conformities at the time of the analysis of the sample with the Isotope Ratio Mass Spectrometry analytical method of the laboratory (which have since been corrected to the satisfaction of the WADA Laboratory Expert Group), WADA recommends – out of fairness to the athlete – that the case against the athlete based on the sample be closed".

That was two days after a press statement by WADA, announcing many months after the event that the laboratory involved, in Salt Lake City, had temporarily been suspended last year because of "non-conformities" relating to its IRMS documentation.

The IWF has decided to close the matter, it told Sanjita.

She intends to keep it open until she receives a full explanation, an apology, and compensation.