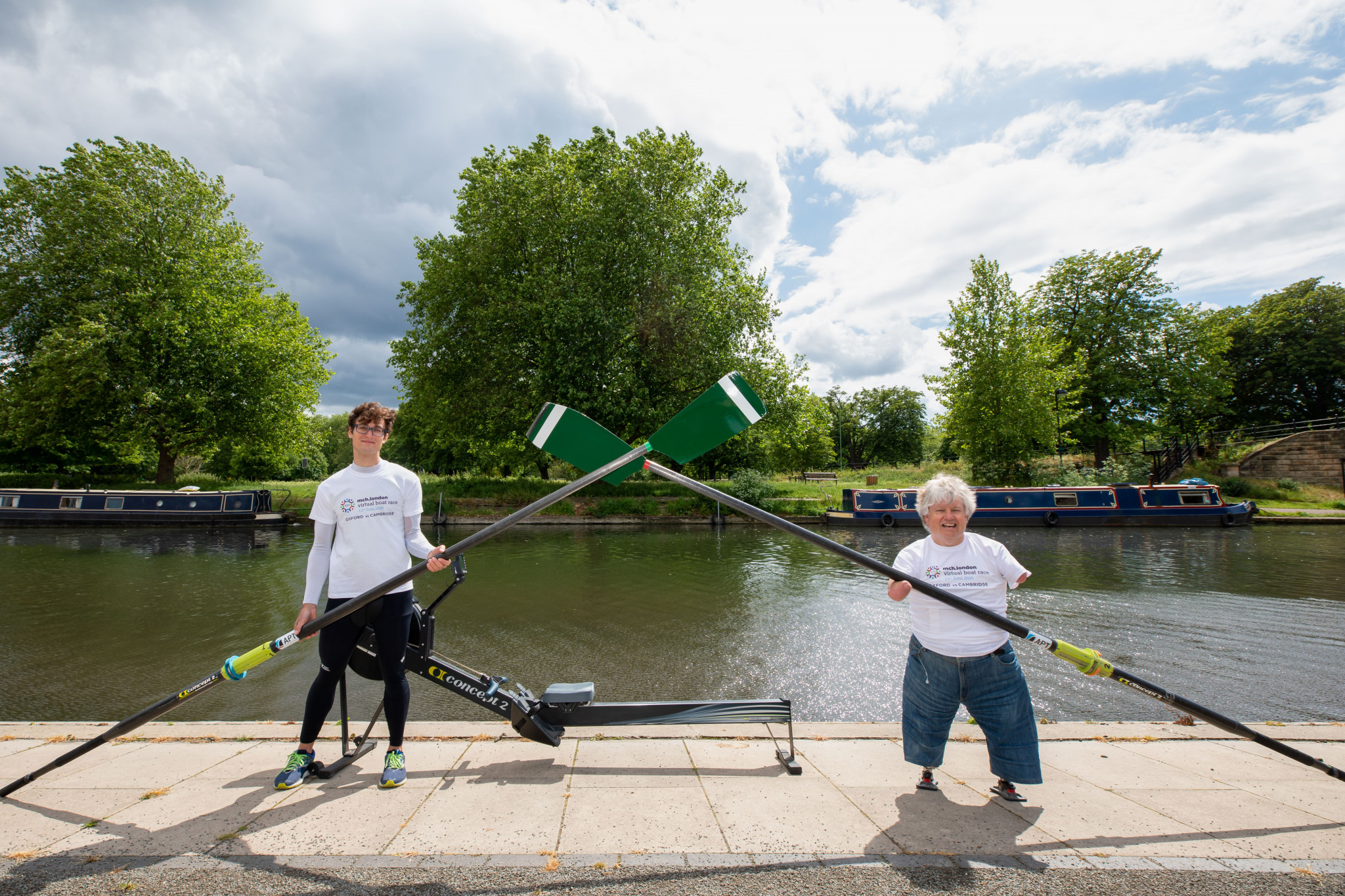 Olympic, Paralympic, World Championship and club rowers are set to compete in a virtual boat race for charity this weekend.

Funds raised from the event, which will see rowers compete in their own homes, will go to Power2Inspire, a charity that focuses on inclusion through sport.

The two teams, named Oxford and Cambridge, will be made up of eight rowers each, with able-bodied, disabled, lightweight and openweight participants, and they will collectively row 6,838km.

Rowers will compete on ergometers, which will add the scores from each crew together to create a combined boat score, with the first boat crossing the virtual finish line being determined the race winner.

The majority of team members will be based in the United Kingdom, with three participants in different countries - Jan Ole Ernst in Germany, Domaschenz in Australia and Sophie Paine in the Bahamas.

Paine, who is representing Cambridge in the event said: "Being involved in this virtual boat race is something completely different and really enjoyable to be part of, especially at a time when we can’t currently train or race with each other in real life.

"The power of inclusivity that the virtual event will bring is something we hope to experience in person soon, and encourage people of all abilities and backgrounds to get involved in sports."

Cook, a world and European champion who is representing Oxford in the event added: "The opportunity to compete with, and against, such skilled oarspeople, while also raising awareness of the need for more inclusivity in sports was something I couldn’t turn down. This virtual boat race is what we all need in times like these, and I hope the viewers at home enjoy it as much as we will, and if they can, donate to the great cause behind it.”

The race starts at 3pm BST and can be viewed through Power2Inspire's Give as you Live page with commentary being provided by British Olympic gold medal winning cox from Barcelona 1992 Garry Herbert.

Event organiser John Willis, who founded the charity Power2Inspire, was born without fully formed limbs and spent much of his childhood being excluded from sports.

He created Power2Inspire with the aim of ensuring his experience was not repeated by others, and as well as being a keen rowing enthusiast he also actively promotes inclusivity within sport.

Speaking ahead of the race Willis said: "I was a cox at Cambridge, and beyond, and when I saw the success of the Power2Inspire Inclusive Festivals -– including badminton, hockey, tennis and golf – that we run, I was determined to find a way to make a rowing event with the same philosophy, to encourage people of different abilities to participate together.

"I want everyone to experience the good in sport, the fun, the camaraderie -  to really enjoy taking part and watching at home."

The Boat Race is traditionally contested by teams of rowers from Oxford and Cambridge Universities along the River Thames in London.

This year's races have been cancelled as a result of the coronavirus pandemic.