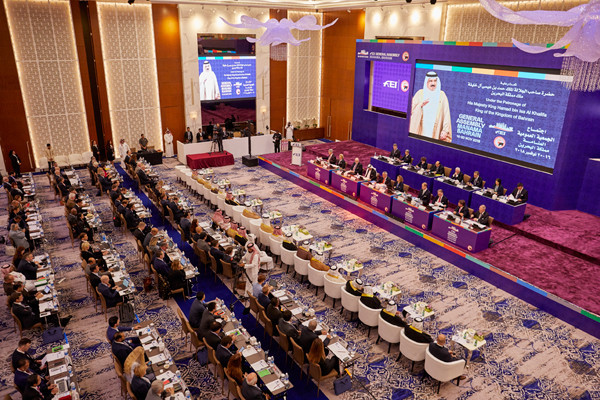 The International Equestrian Federation (FEI) has decided to move its 2020 General Assembly, originally scheduled to be held in Johannesburg, online due to the COVID-19 pandemic.

Intended to be hosted in person in the South African city in November, it was cancelled due to the ongoing social and travel restrictions worldwide.

The FEI Board approved the decision during its three-day video conference meeting this week and also backed the 2021 Assembly to be given to Johannesburg.

FEI President Ingmar De Vos said: "The safety of our community is our highest priority and although it is regrettable, cancelling our in-person General Assembly this year and going online was the responsible thing to do.

"We are very grateful to the National Federation of South Africa for the support and flexibility they have shown, as well as their willingness to host our General Assembly next year when the situation will hopefully have improved for everyone.

"We are lucky to live in a time where it is possible to meet virtually, even though face-to-face meetings and discussions keep us together as a community."

It will now be held electronically, similar to the International Olympic Committee (IOC) who will hold its IOC Session next month online.

President of the National Federation of South Africa Willem Edeling said: "While we are of course disappointed not to be able to hold the FEI General Assembly in South Africa this year, we appreciate the confidence that the FEI has shown to us by giving us the opportunity to host the General Assembly next year.

"It will be the first time that an international equestrian gathering of this scale will be held in South Africa and we look forward to welcoming delegates from around the world to our world class meeting facilities.

"2021 is the centenary of the FEI, and we feel privileged that our event will form part of the 100-year celebrations."

The FEI is currently considering electronic solutions for running the General Assembly effectively online and will communicate plans with National Federations when decided.

FEI said earlier in its virtual Board meeeting that the organisation was not threatened in the "short to medium term" by the financial impact of the virus.