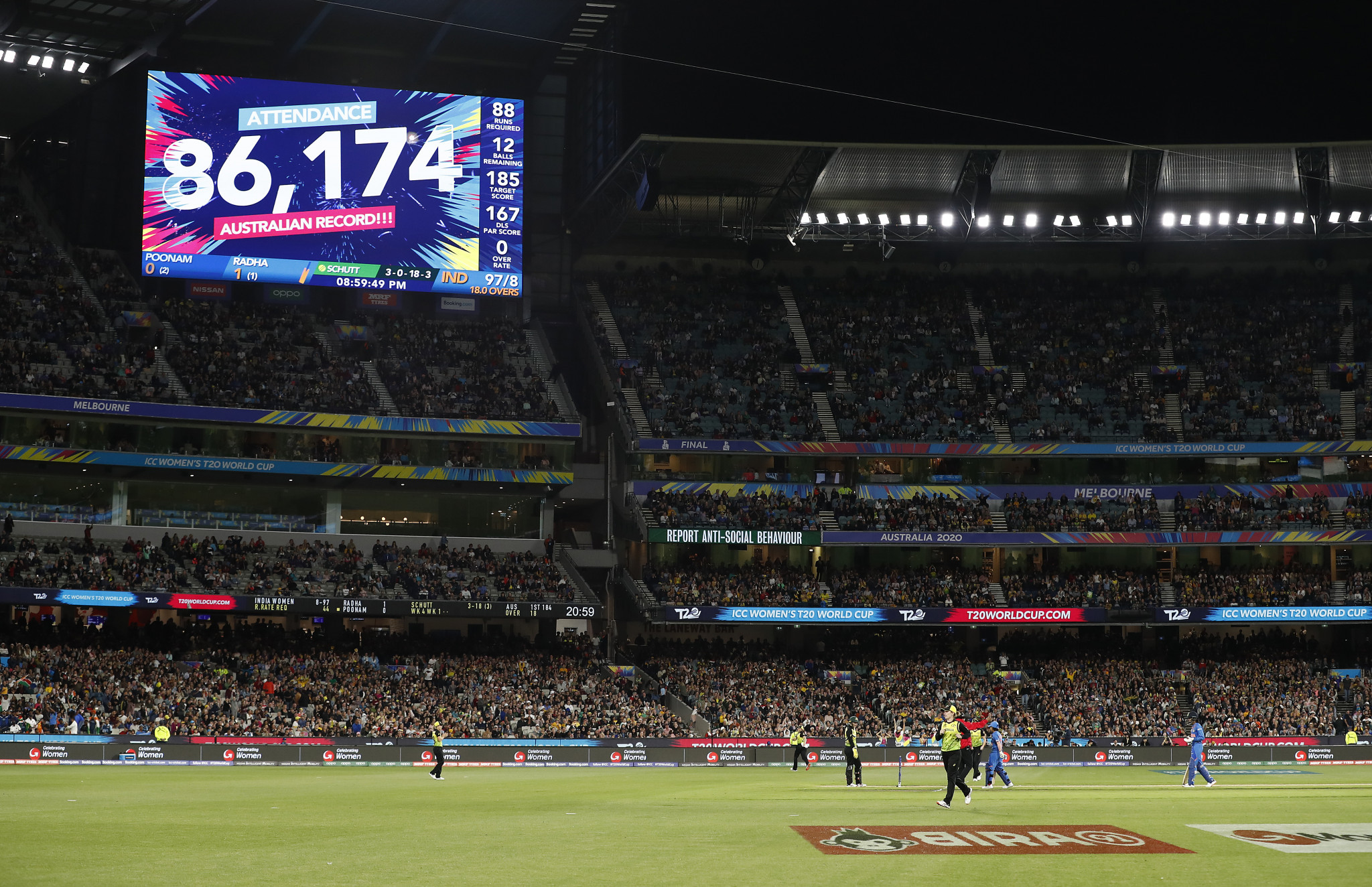 The International Cricket Council (ICC) believes that this year's Women's T20 World Cup in Australia was one of the most-watched female sports events in history after releasing new broadcast figures.

A global unique audience of 89 million has been reported which is a 131 per cent increase on the 2018 tournament in the West Indies.

Seventy-six per cent of this global viewing was in India, while live coverage hours went up around the world by 62 per cent to 1,529.

The final, which saw hosts Australia thrash India by 85 runs, was the most-watched match with 53 million tuning in.

In addition to the television figures, there were more than a billion views on the ICC's digital channels, 20 times the amount recorded in 2018.

This was also 10 times the amount recorded at the previous most successful women's cricket tournament, the 2017 Women's World Cup in England.

Only the Men's Cricket World Cup in England in 2019 can be considered more successful out of all ICC events, the governing body said.

"We are delighted with these outstanding global viewership numbers that demonstrate the power of women’s cricket to attract huge audiences across the globe," said ICC chief executive Manu Sawhney.

"It reinforces our belief that there is a significant opportunity around the women's game and collectively we must promote it further so more fans can enjoy it, more kids are inspired by it and sponsors and broadcasters want to be a part of it."

In host nation Australia there were 13.45 million live viewing hours, which is 473 per cent higher than 2018.

This was largely due to an increase in free-to-air coverage, with the 1.2 million tuning in for the final, making it the most-watched women's cricket match ever in Australia.

India's run to the final resulted in viewership which was 432 per cent higher than 2018, with 86.15 million live viewing hours.

Viewing hours in Britain dropped by eight per cent but this is put down to the challenge caused by the time difference with Australia.

The final of the tournament in particular attracted praise, with a huge crowd of 86,174 watching at Melbourne Cricket Ground on March 8, International Women's Day.

However, the semi-finals were disrupted by rain and the ICC faced criticism for not including reserve days as part of the schedule.

India's last-four clash with England could not go ahead, with the Indians controversially advancing to the final due to finishing higher in the group phase.