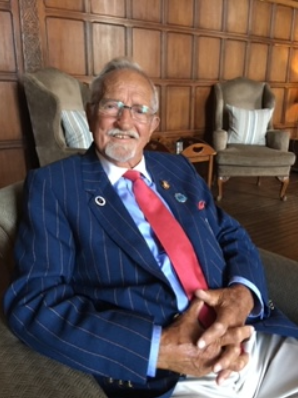 Tributes have been paid to John Lear, the influential coach who worked with some of the biggest names in British weightlifting and led the national team at eight consecutive Olympic Games.

Lear, who has died aged 84 after a long illness, was national coach for 40 years.

He served on performance and team-management committees at the British Olympic Association, where his foresight, wisdom and experience was constantly in demand during the transition from amateur to professional sport.

Prowse was a national champion who represented England at the 1962 Commonwealth Games in Perth, Australia before he took up acting.

He became a lifelong friend of Lear after training with him at Bisham Abbey, the former national training centre for several British sports, in the 1960s, and mentioned him several times in his 2011 autobiography.

Although he had a respectable club career as an athlete, physical education teacher Lear had always professed an ambition to move up the coaching ranks and become national coach.

After working alongside Al Murray, who had been appointed Britain’s first national coach in 1948, Lear took over in 1966 and worked as head coach or manager of the team through five decades.

So respected was he that Lear was invited to coach the national teams of South Korea and Iran in the 1960s.

Before he became Britain’s national coach he worked in Tehran, but had to return home when he was infected by a parasite and hospitalised in London.

"I think a distant cousin of the Shah of Iran was in charge of their weightlifting at the time and he took on John," said Mike Pearman, a triple Olympian who worked with Lear for many years and was one of his closest friends.

"He joked about the time when he was offered a Persian carpet for payment rather than American dollars - he said he should have taken the carpet as it would have been worth a lot of money.

"John could tell endless stories, which caused so much laughter."

Lear earned great respect wherever he worked, said Pearman, and it was evident at the Seoul 1988 Olympic Games when Britain "got a lot of preferential treatment" from the hosts.

Lear had coached the Korean national team, and helped them to a memorable victory in a challenge match against Japan.

The International Weightlifting Federation (IWF) invited Lear to tutor a number of Olympic Solidarity courses around the world.

Later he worked with Dave Morgan, the record-breaking Welshman who was made a Member of the British Empire for his services to weightlifting in the New Year’s Honours list six months ago.

Morgan did not immediately warm to Lear when he first met him, a 15-year-old encountering a disciplinarian teacher, though he changed his mind as he grew older.

"I came to rely on John’s sound advice, wicked sense of humour and in-depth knowledge of the sport," said Morgan.

"Even at our first meeting in Manchester, I was the recipient of Lear wisdom as he told me to keep the bar close to the body because it was the strongest line.

"John proved this to me by handing me a very light weight and making me hold out in front of me on straight arms.

"I had many great years being coached by John and enjoyed listening to his many stories of lifters old and new.

"I will miss John greatly but will always remember the adventures and the laughs.

"He was a man who gave of his time and expertise willingly and many weightlifters reached the heights of the sport thanks to his efforts."

"Like others, any success I have had both as a lifter and coach can be attributed to John," he said.

"It must be remembered that British Weightlifting, at that time, was a voluntary body.

"John supported and galvanised all of us to gain the fantastic results that we achieved under his leadership, over 40 years on the international stage.

"We were not angels, we were not funded - John understood this and sometimes had to be firm with lifters who were very talented but had strong views and were not afraid to tell coaches if they were not happy.

"At times we overstepped the line with our behaviour, but we always understood that John was in charge and we respected his judgement.

"Also, during this time women came into our sport.

"John was fully supportive of the women lifters and this showed in the many great results they achieved under John’s time as national coach.

"From 2002 John continued to give help and advice to anyone who asked.

"He was President of British Weightlifting and when we attended international competitions it was great to see how much affection and respect he was shown from others around the world.

“Weightlifting was part of John’s soul.

"He was an avid collector of weightlifting memorabilia and retained a vast knowledge of lifters, both home and abroad.

"He always kept a photo of his good friend Tommy Kono in his wallet.”

Precious McKenzie also had fond memories of Lear, who was a welcome guest in 1974 when Precious featured in the long-running television series This Is Your Life.

Speaking by videolink from his home in Auckland, McKenzie, 84 - who was wearing his British tracksuit from 50 years ago in honour of Lear - said, "I learned so much from John Lear.

"He was a great technician in all the lifts, very well respected.

"He was also very helpful when I had a bad biceps injury at the European Championships one time, and helped me to recover.

"Weightlifting has lost a good man."

Sam Coffa, the Australian who is an honorary adviser to the IWF Executive Board, on which he sat for many years, said Lear "was at heart what we like to call a larrikin [a maverick] here in Australia".

Coffa met Lear 50 years ago and enjoyed swapping stories over a drink at international competitions.

"He was a very strong individual and a good teacher who knew not only how to coach athletes, but how to produce good coaches," said Coffa.

"He was a weightlifting personality."

A statement from British Weightlifting said: "British sport has lost a true stalwart, someone who enriched so many people’s lives and sadly his contribution will never be fully recognised or acknowledged.

"Our deepest condolences go to his wife Teresa, daughter Katie and two sons."