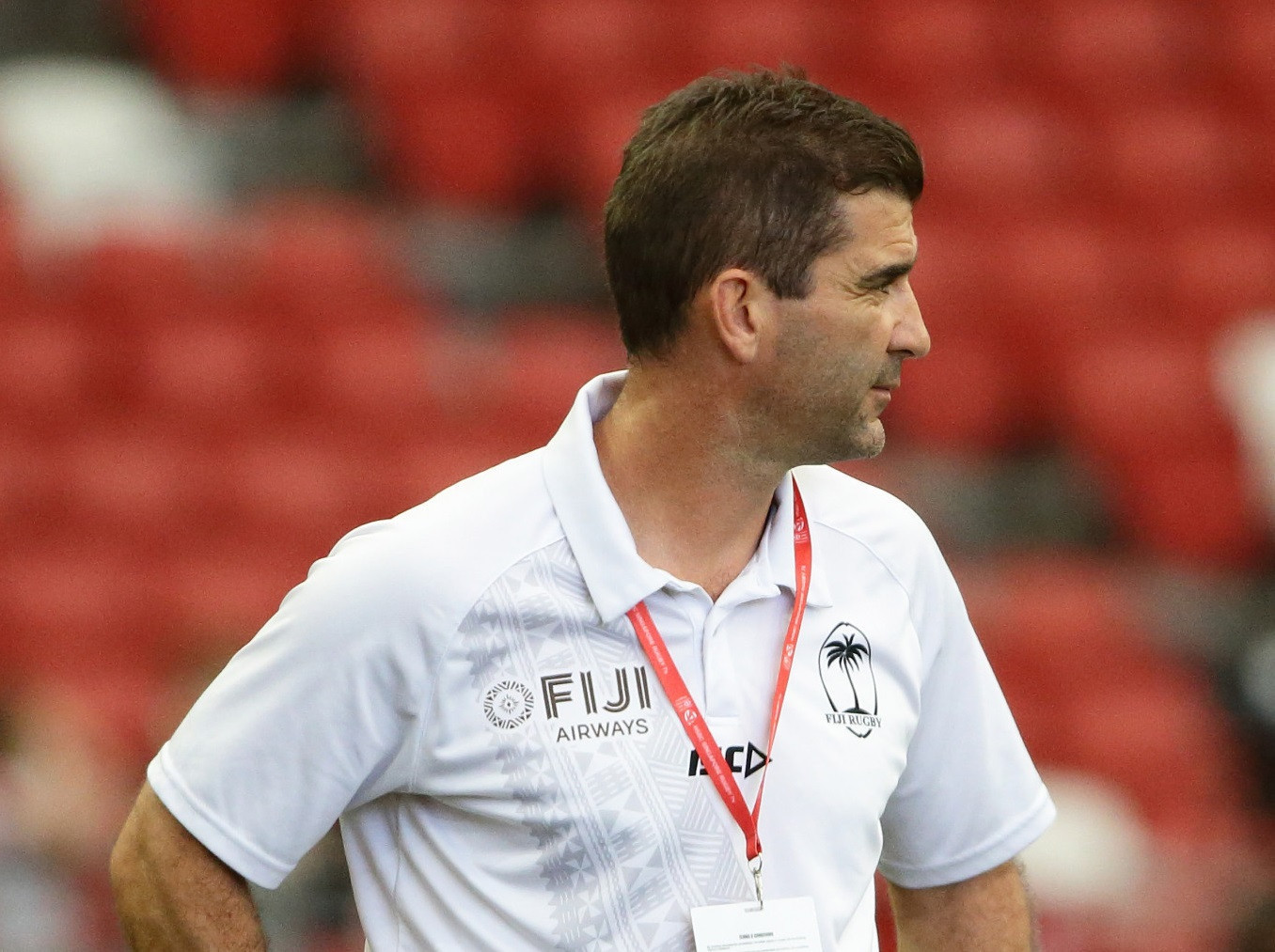 Fiji's rugby sevens head coach Gareth Baber has decided to extend his deal to ensure he leads the national team into Tokyo 2020, where they will aim to defend the country's Olympic title from 2016.

Baber's four-year deal was scheduled to end in December, but will now go through to 2021 after an agreement was reached with the Fiji Rugby Union (FRU).

Due to the ongoing COVID-19 pandemic, which has led to national Governments introducing social and travel restrictions, Tokyo 2020 will now start one year later in 2021.

Fiji, which has competed at the Games since 1956, made history at Rio 2016 when they won their first Olympic medal of any colour by clinching gold in the men's rugby sevens.

They roared to a 43-7 demolition job of Britain in the final as sevens made its debut on the Olympic stage.

Fiji were also the defending World Rugby Sevens Series champions, but they finished third in 2020 when the competition was cancelled early due to the pandemic.

This handed the men's title to New Zealand after six of the scheduled 10 rounds.

Welshman Baber, who took the role in October 2016 after the Rio Games, now turns his attention to the start of the next Sevens Series, scheduled to begin in Dubai at the end of November.

Speaking to RugbyPass, the 48-year-old said: "I have been asked to extend my contract which is great and the FRU are working hard to ensure there is a programme fit to defend the gold medal and I am delighted to see that through.

"That is what I came here to do and my contract was until the end of the year and now it will go past the Olympics next year.

"It is exciting to be working in a rugby mad country – a passionate country about rugby sevens – and as reigning Olympic champions I am well aware of expectation that comes with the position.

"It would have felt like a job unfinished if I wasn't able to see it through.

"It is tough for everyone around the world at the moment and Fiji is in the same boat, and it can't be underestimated how sevens can show the world what Fiji has to offer and help get the economy going.

"The attachment the people have with Fiji rugby being at the top of the world game is hugely important."

Baber also spoke of the understanding that French clubs need to have when signing Fijian players, who will also be expected to play Sevens Series matches to give them a shot at competing at the Olympics.

Fijian players Aminiasi Turinaba and Filimoni Botitu recently signed for French outfits Pau and Castres respectively, and have both stated their intention to help defend the nation's Olympic title.