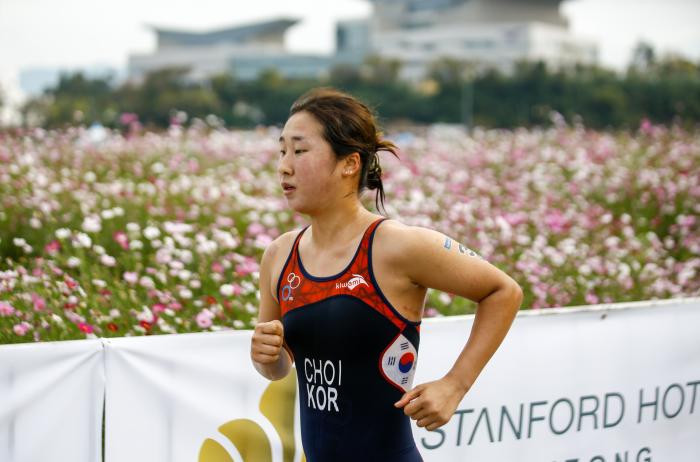 South Korean triathlete Choi Suk-hyeon has taken her own life after enduring years of physical and verbal abuse from her coaching staff.

According to reports, numerous complaints the 22-year-old made to sporting authorities in the country were ignored.

The Korean Sport and Olympic Committee (KSOC) has claimed an investigation into allegations Choi's complaints were not followed up on and that authorities had attempted to cover them up had begun.

World Triathlon has urged the Korea Triathlon Federation (KTF), which has promised to take action against those involved in the abuse, to investigate the circumstances surrounding Choi's death.

Choi, bronze medallist in the junior women's event at the 2015 Asian Triathlon Championships, kept audio recordings of the abuse she suffered, according to South Korean media.

Allegations made by her parents that Choi had been subject to repeated beatings, verbal abuse and harassment by her coach, a team doctor and other senior athletes appear to have been corroborated by audio tapes released by the YTN television station.

The sound of repeated slapping following a male coach berating Choi can be heard in one of the recordings.

Choi also kept a journal, in which she described how she would "rather die" after being "beaten like a dog".

She also wrote how she "shed tears every day".

According to Agence France-Presse, Choi had filed complaints to the KSOC as early as April.

The KSOC denied suggestions Choi was ignored and claimed an investigator had been appointed to look into the accusations the same month.

In a statement this week, the KSOC said it "finds it very regrettable that such an incident happened again even as we have been making efforts to prevent violence and sexual assaults and to protect athletes’ human rights".

The KTF expressed its "deep condolences" to the family of Choi while vowing to take action against her alleged abusers.

"World Triathlon is deeply saddened and shocked to hear of the death of South Korean triathlete Choi Suk-hyeon who, according to media reports, 'took her own life after enduring years of abuse,'" World Triathlon said.

"World Triathlon has immediately contacted the KTF and the KSOC to gather all the information available on this case.

"The World Triathlon Safeguarding and Anti-Harassment Group has also contacted the Korean Federation to make sure that while the investigation is carried out, all Korean triathletes are protected and safe."

South Korean athletes in other sports have also accused their coaches of abuse.